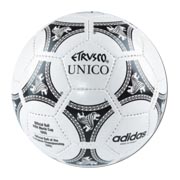 Lee Hoi-taek, the manager of Korea’s 1990 Italy World Cup team and now the vice president of the Korea Football Association, received mixed reviews despite a strong start as he led his team to its second consecutive World Cup qualification.

The initial high praise was short-lived; Lee’s team lost all three of its matches. However, not all was lost in 1990, as Lee discovered a young collegiate defender named Hong Myung-bo.

The road to the 1990 Cup started smoothly, with three wins and two ties in the final phase of the qualifier. A second consecutive World Cup qualification had football fans excited, but the applause was only fleeting. Korea crashed at the Cup, losing group matches against Belgium, Spain and Uruguay. A look at the numbers shows how hard Korea struggled: Lee’s squad scored one goal and allowed six. 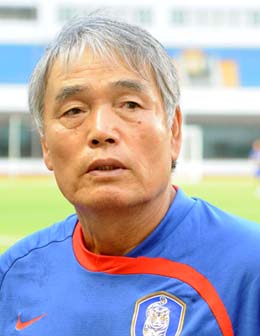 “Even if players compete at 120 percent, there’s no guarantee of a win, but our physical conditioning at the time was horrendous,” Lee said in an interview with the JoongAng Ilbo.

Problems for Lee and his squad were apparent in the months following the qualification. National teams nowadays start their preparations for the World Cup approximately six months before the competition by holding overseas training camps and various friendly matches against quality opponents.

But back then, quality opponents were hard to come by. After securing a spot in the World Cup in 1989, Korea played 14 friendly matches but only four were against national teams: Norway, Malta, Iraq and Egypt.

“Even if we offered a truckload of money, teams did not want to give our national team the time of the day,” said Lee.

Instead, the coaching staff decided to target European and South American professional teams. In one of these matches, Korea faced English Premier League side Arsenal in Singapore on Sept. 5, 1990. At the time, the Korean media criticized Lee: The humid climate and the English club’s rough style of play posed a danger of injuries to the Korean players.

Another problem was the team’s late departure for Italy. The Koreans left on June 5, 1990, just a week before their opening match.

“We thought one week would be enough for our players to overcome the time difference. We didn’t even think about things like the ground condition and venue atmosphere.

“But then, we didn’t have the funding to set up camp in Italy earlier,” explained Lee.

Korea looked rusty in the opener against Belgium, losing 2-0. In the next match, Korea folded to Spain 3-1. Lee’s men finally came to life and competed well against Uruguay but lost, 1-0.

Angry fans focused their frustrations on star player Kim Joo-sung, who now heads international relations for the KFA. Lauded as the best forward in Asia at the time, fans turned their backs on the talented forward with flowing locks - a rarity among Korean athletes at the time. People even wrote letters to newspapers demanding, “Kim, chop off your hair!”

But there was one bright spot. Lee unearthed a young defender who would go on to become the backbone of the national team for the next decade. Hong Myung-bo, the former national team captain and current Olympic team manager, was introduced to Korean football fans at the 1990 World Cup.

Lee selected the Korea University senior defender as a possible replacement for sweeper Cho Min-gook, whose injury looked to become a long-term issue. At the time, Lee faced heavy criticism for his choice.

“I was scolded by the elder statesmen of the KFA for choosing a green collegiate athlete,” recalled Lee. “The media thought it was more important to improve the squad’s teamwork than to change members. Hong might have lacked experience, but he was a smart player with a good set of fundamental skills. I took him without hesitation.”

At the conclusion of the 1990 World Cup, local newspaper headlines lauded the play of Choi Soon-ho and Hong Myung-bo as the only bright spots on the national team. It was a coming out party for the young defender.