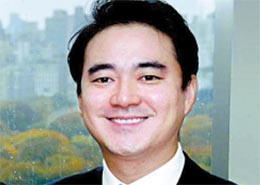 Hong Jeong-do, the chief strategy officer at the JoongAng Ilbo, was named as one of the 2010 Young Global Leaders by the World Economic Forum.

The World Economic Forum, which hosts the annual Davos Forum, selected 197 young leaders from 72 countries under the age of 40 working in politics, business, academia and nonprofits. 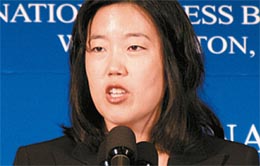 Hong joined the JoongAng Ilbo in 2005 as a member of the strategic planning office. He earned his B.A. in economics from Wesleyan University in Connecticut and his MBA from Stanford University. He then worked at the consulting firm Accenture, specializing in communications and high-tech industry.

Korea has produced three to seven Young Global Leaders per year since 2005, but Hong was the only Korean selected this year.

“The Young Global Leaders represent the voice of the future and the hopes of the next generation,” Klaus Schwab, WEF founder and executive chairman, said in a press release. “The diversity of the YGL community and its commitment to shaping a better future through action-oriented initiatives of public interest is even more important at a time when the world is in need of new energy to solve intractable challenges.”