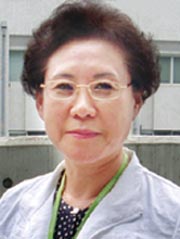 For the first time, a Korean native will serve as the ambassador of a foreign country to this nation.

A diplomatic source confirmed yesterday that 57-year-old Kang Young-shin has been nominated as the Honduran ambassador to Seoul. The Honduran government has asked the Korean government for an “agrement” on Kang’s appointment, the source added. Honduran President Porfirio Lobo contacted Kang personally about two weeks ago regarding the nomination. Approval of an ambassador’s appointment usually takes about a month and Kang is expected to assume her post some time during April, succeeding Rene Francisco Umana Chinchilla.

While Korean-Americans have worked at the U.S. Embassy here, no Korean native has served in Seoul for a foreign country.

Kang graduated from Seoul National University of Education and worked as an elementary school teacher before leaving for Honduras. Kang and her late husband, Song Bong-kyung, operated a gymnasium in the Honduran capital of Tegucigalpa. In 1986, President Lobo, then a cabinet minister, took taekwondo lessons from Song and he and the Korean couple developed a strong relationship.

“President Lobo is very knowledgeable about Korea, appreciates Koreans’ work ethic and promptness, and probably named me [as the ambassador] to build stronger ties with Korea,” Kang said in a phone interview with the JoongAng Ilbo. “When I told him over the phone I’d take the job, he said, ‘I trust you.’”

Kang spoke at length about the relationship between her family and Lobo. Song, who majored in judo at Yongin University in Gyeonggi Province, took a job as a professor at the Honduras Military Academy.

“Mr. President and my husband were kindred spirits,” Kang recalled. “When [Lobo] was the speaker of the Congress, he told my husband he didn’t have time to exercise. My husband then told him to start getting up at 4 a.m., and Mr. President is still following that regimen.”

In 1994, Kang built a Korean school in San Pedro Sula. She has been the principal ever since, working with seven teachers and 46 students.

Kang said she didn’t get her Honduran citizenship for her first 10 years there because of her love for her native land. But when traveling to neighboring countries proved inconvenient with only the Korean passport, she decided to sign up for dual citizenship.

“My love for Korea is still the same,” Kang said.