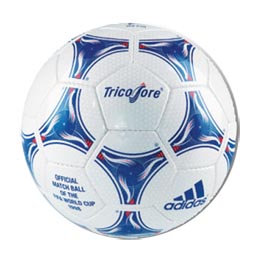 For football fans, the memory that still lingers from the 1998 France World Cup was the 5-0 drubbing Korea received at the hands of the Netherlands.

The game took place on June 20, 1998, at the Stade Velodrome in Marseille in front of a raucous crowd of 55,000. The stands were covered in a sea of orange as an overwhelming number of Dutch supporters showed up for the match.

“We weren’t so intimidated by the young Dutch supporters. But seeing the graying senior citizens dressed in orange with matching parasols dampened our spirits,” said Lee Eun-ho, a Suwon Bluewings staff member who attended the 1998 World Cup as a university student.

“There were merely 20 Red Devils supporters grouped together in a section. We, the supporters, were distracted by the large Dutch turnout. I can only imagine what our players felt.” 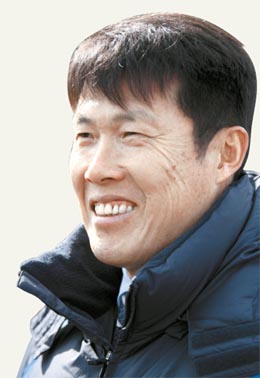 Cha Bum-kun was the manager of the Korean squad while Guus Hiddink - who would become Korea’s coach for the 2002 Cup - managed their opponents. Korea was manhandled from the start, and it was surprising that it took 37 minutes for Phillip Cocu to open the scoring.

But once Cocu opened the floodgates, the Dutchmen did not let up. Marc Overmars, Dennis Bergkamp, Pierre van Hooijdonk and Ronald de Boer added goals late into the second half.

Cha took the blame for the lopsided score and was fired midway through the Cup. Since then, he’s refused to speak about the game to the media.

“The 1998 France World Cup is a topic that is forbidden even among my family,” Cha said in an interview with JoongAng Ilbo.

But the current Suwon Bluewings manager reluctantly agreed to discuss the loss if it could possibly help Huh Jung-moo’s national team.

“It started with the atmosphere of the game. I have no excuses. There was nothing more I could do,” Cha said. 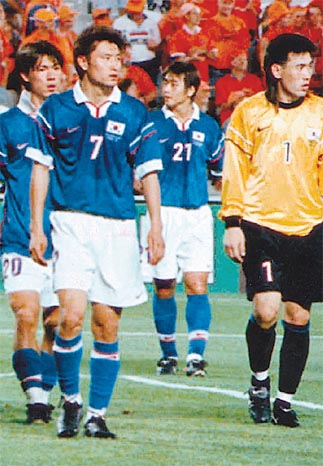 Korea had already lost its first match of the tourney on June 13. Ha Seok-ju scored the opening goal against Mexico in the 28th minute off a free kick, but was ejected two minutes later for a tough tackle. The ejection turned the tide of the game and Mexico went on to win 3-1.

The loss to the powerful Netherlands came next. While painful for fans and football officials alike, it had not been unexpected.

What angered them was the embarrassing score.

According to Cha, the blowout against the Netherlands - which went on to the semifinals before bowing to Brazil in penalty kicks - can be traced back to the March 1, 1998, Dynasty Cup match against archrival Japan. Korea lost 2-1 to the hosts, and Cha came under heavy criticism from Korea Football Association officials.

What followed may have tipped the scales in the World Cup game.

“We were supposed to attend a friendly match in the Netherlands. All the planning for the scouting trip was complete. However, we had to remain in Korea to prepare for an April 1 matchup against Japan. Does this make sense to you?” Cha recalled with exasperation.

Cha provided KFA officials with the win they were seeking, 2-1, but ended up missing out on the bigger goal.

Things are different nowadays. Huh’s national team lost to Zambia 4-2 in a January friendly match in South Africa, and last month fell 3-0 to China at the East Asian Football Championships. But the KFA brass hasn’t panicked.

“I think they learned from the heavy price we paid in 1998,” said Cha.

While Korea did manage to tie its next match against Belgium, 1-1, Cha’s fate was sealed after the lopsided loss to the Netherlands. In fact, according to Cha, there had been rumors of a managerial change circulating among his players even before the defeat. Cha took sole responsibility for the loss.

“The KFA immediately asked me to step down from my post. However, I thought it was my duty as the manager to finish the tournament. Since I could not dismiss my responsibilities, I asked them to fire me instead,” he said.

Cha believes they should have stood behind him.

“Once the association hires a manager, they have to show him full support. Hiddink [the 2002 squad manager] proved that such a method can produce positive results,” he explained.