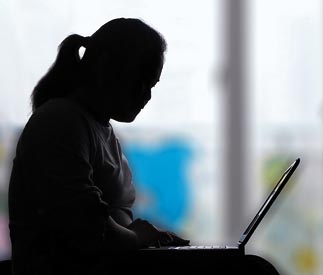 A high-profile North Korean defector has told the JoongAng Ilbo that defectors have often been caught up in insurance fraud and described her own involvement in the scam.

“There are insurance company workers who target defectors for the purpose of insurance fraud. There are even hospitals in Gyeonggi, Seoul and Daejeon that defectors use after the hospitals give them bogus medical certificates for treatment.”

Kim, whose father is a senior member of the North Korean communist party, crossed the Tumen River alone out of curiosity when she went a trip to a farming village with her college friends in 1998. Then a college student, Kim recalled she just wanted to check whether the rumor that even dogs eat beef soup with a bowl of rice in China was true.

Kim intended come back on the day she crossed the border but says she changed her mind from fear of being shot by guards at the border.

She came to South Korea after living three years in cities in China. She learned Chinese and worked in China as a tour guide for South Korean tourists.

“About two years ago, a friend of mine whom I met at Hanawon [a resettlement center for North Korean defectors] asked me to buy insurance policies,” Kim said. “I was told that I would get money months after I bought insurance. I had no idea what she meant but her offer was very tempting.”

She said her friend introduced her to an insurance company worker and she bought four insurance policies as instructed.

A few months later, the insurance company worker offered Kim admission to a hospital in Daejeon.

Kim said she paid the worker 300,000 won ($265) for the admission. Twenty days later, she was discharged from the hospital and she received 3 million won from an insurance company.

The money came in handy. Kim said she owed 3 million won to a broker who helped her come to South Korea. With the insurance money, she managed to repay him.

Kim said there are over 20,000 defectors in South Korea and she has discovered that many have found themselves in the same boat.

Most of the insurance company workers involved are also from North Korea.

Kim said many defectors commit fraud not because of dire economic circumstances, but because they want a bonanza.

“The insurance money can be lavishly used for drinking and hanging out with friends,” Kim said. “But some others send the money to their families in the North.”

Kim is married to a South Korean car engineer and the two have a 4-year-old daughter. But the couple didn’t register their marriage because doing so would mean that her monthly government subsidy of 600,000 won ($529) would be terminated.

Kim’s three-member family now relies on 1.9 million won a month, including her subsidy.

“I regret the reality that defectors get involved in insurance fraud,” Kim said. “North Koreans who used to live like robots in the North risked their lives and came all the way here because they wanted to live like human beings.”