[Sponsored Report] The age of responsibility

[Sponsored Report] The age of responsibility 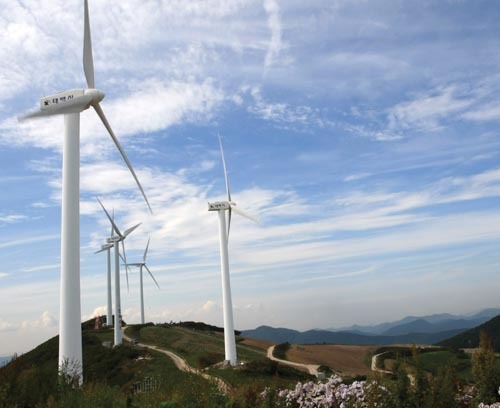 There is heightened interest in sustainable growth worldwide. Companies are not only focusing on profits, but looking at how their businesses affect the environment and society. Green growth in particular is no longer considered an option but a must for long-term growth. Even among consumers, there is widespread belief that economic development cannot continue without environmental protection.

Consumers today don’t just care about the quality and price of the products they buy, but how they have been produced. Goods assembled in sweatshops or polluting factories may be rejected if their provenance is known. Reputation, transparency, environmental friendliness and social contributions have become important factors in a company’s competitiveness.

Growing awareness has led to the creation of the Dow Jones Sustainability Index, developed jointly by the U.S. financial information company Dow Jones Index and the Switzerland-based credit analysis firm SAM. The index evaluates companies not only based on their sales and operating profits but also by their contributions to society and the environment.

KT&G has donated 100 mini vehicles to social agencies around the country over the last few years. Lotte Shopping and LG Household and Health Care set up teams that implement sustainable growth policies. Samsung Electronics has recycled electronic waste for the last 10 years, and said last July it would raise its percentage of eco-friendly certified products to 100 percent. Hyundai-Kia Automotive Group said it plans to increase the fuel efficiency of its gasoline- and diesel-powered vehicles by 25 percent and 15 percent, respectively. And LG Electronics said it would reduce greenhouse gas emissions by 12 million tons by 2012.