Making a splash on the Korean market

Making a splash on the Korean market 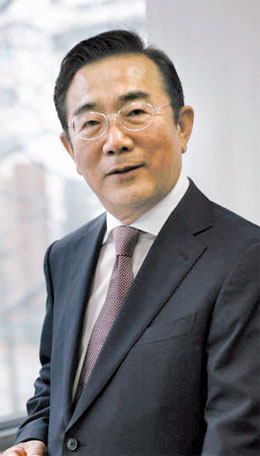 New Pride has become the first U.S. company to be publicly traded on the Kosdaq. The subscription for individual investors took place on Monday and Tuesday.

“The United States is a large country and its logistics market is big and important,” said the company’s chairman, Edward Kim, 69, in a meeting with reporters prior to the listing. “As a logistics company, we have a great deal of potential for growth.”

New Pride provides secondary services to integrated logistics service companies in the United States. Integrated services include shipping and transportation services through or between roads and railways.

New Pride checks and tests the related equipment and replaces components as containers are moved from ships to railroads. It also produces tires for trailers. Last year, the company recorded a profit of 4.8 billion won ($4.3 million) and operating profit of 5.1 billion won on sales of 74 billion won.

“After raising capital on the Kosdaq market, we will be able to enter other markets like China,” Kim said.

Kim was the first graduate of the Reserve Officers’ Training Corps in Korea. He later joined a trading company in Korea and moved to the U.S. in 1972. After two consecutive failures, he accidentally acquired a tire recycling company, which led him into the logistics business.

New Pride has been in the black since it was founded 32 years ago. Now it has 32 branches in 11 states in the U.S. with 671 employees, just eight of whom are Korean.

“My secret to success is the aggressive investments I made when the integrated logistics service market started booming in the states,” Kim said.

Although Kim lives in the U.S., he has continued to maintain a connection with his home country. He donated $1 million to Seoul National University in 2005.

“I don’t intend to pass on my company to my children,” Kim said. He has two sons and one daughter.

“I was proud of establishing my own business and now I will take pride in doing my duty as a noble person,” Kim said, referring to the concept of noblesse oblige, which implies that wealth or power is accompanied by social responsibilities.

With its IPO, New Pride is hoping to sell 1.85 million shares. When the company went public, each share was offered for a price of between 6,000 won and 7,700 won.