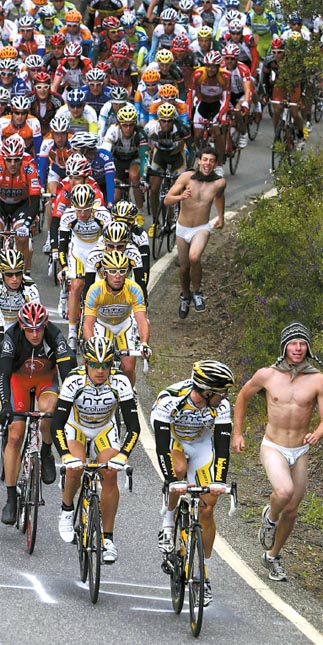 Two underwear-clad bicycle racing fans get one racer to take his eyes off the road in Napa County during the rainy second stage of the Amgen Tour of California on May 17. Team Cervelo’s Brett Lancaster won the 110 mile Stage-2, which started in Davis, California, and ended in Santa Rosa, California. [REUTERS/YONHAP]