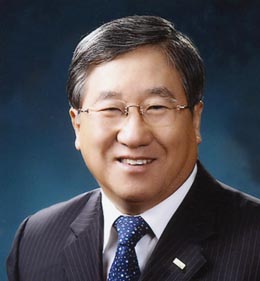 Kwon Ou-hyung jokes that he was recently re-elected as the president of the Korean Institute of Certified Public Accountants since six of his relatives are also accountants. “I have worked hard for the protection of accountants’ rights for the last two years. However, there are some pending issues that I have not yet finished, and thus, I need to be elected as a president one more time,” he said.

Kwon was born in Buyeo, South Chungcheong in 1946. After graduating from Kyung Hee University with a Bachelor’s degree and a Ph.D. in management, Kwon served as an auditor for the Korea Chamber of Commerce & Industry. He has since then been leading Nexia Samduk, a major accounting firm in Korea, from May 2008 while also serving as KICPA president.

Q. What was the main reason that you decided to run for an election again?

A. I have some work that I needed to finish up. I’ve been working on various issues while I was serving as a president in the past two years such as the reform of unfair regulations on accountants. Especially, that unfair regulation under which a firm’s executives and accountants are required to take joint liability if a firm goes bankrupt should be revised.

I’ve been also working hard to improve the country’s credibility in accounting. The KICPA signed a memorandum of understanding with the Anti-corruption & Civil Rights Commission to jointly ensure accounting transparency. This will be selected as one of the 50 major agenda items by the Presidential Council on National Branding and it will also be included as one of the agenda items at the G-20 Summit in November as discussed with the Presidential Council on National Competitiveness.

KICPA members said this could be accomplished by the person who initiated the measures. And that was why they gave me another chance to finish up what I have been working on.

Earlier this year, many Kosdaq-listed firms failed to be given audit approval by accounting firms. Why did this happen and what does this mean?

Korean firms are obliged to adopt the International Financial Reporting Standards by 2011. After an introduction of IFRS in Korea was confirmed, a lot of domestic corporations were in confusion, trying to figure out how to adopt the new system. Do you think Korean firms are now ready to introduce IFRS and also what advantages would Korea have by adopting the new system?

IFRS is considered the universal language for accountants, just like English. Until now, we had to spend a great amount of time and money translating K-GAAP (Generally Accepted Accounting Principles) into an international accounting standard. However, once IFRS are adopted, there will be no more waste of time and money.

We’ve been carrying out nationwide IFRS lecturing tours for more than a year. However, some of listed small and midsized companies are still not ready for an adoption of IFRS. We will continuously enhance IFRS seminars for these firms as well as for individuals. I am certain that almost every firm will be ready by the end of this year.

Under the new system, assets held by companies will be evaluated as the market price rather than the prices at which they were bought. For example, a land that was purchased 10 years ago will be evaluated as what it is worth now in the current market rather than what it was worth back then. Therefore, through adopting IFRS, companies will be able to provide accurate financial statements taking ever-changing asset prices into account.

Actually, I would say six plus alpha because another nephew of mine recently passed the first round of the certified public accountant test and is waiting for the second round. I always wanted my daughter to become an accountant. She used to organize her allowance book so well during her childhood so I thought a CPA would be a perfect fit for her. When she was accepted to major in both English literature and management, I persuaded her to major in management. She then became a CPA and met her husband who is also a CPA at Deloitte Anjin LLC., an accounting firm. I didn’t push my son to become a CPA. But he made a friend who was an accountant while serving as an Air Force officer. His accountant friend eventually inspired my son to become a CPA. I also have a nephew and my sister-in-law who are CPAs as well.

What do you think are virtues that are necessary for accountants to have?