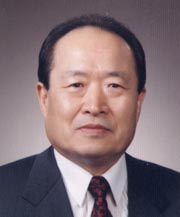 Lawyer Lee Seok-sun’s office almost seems unorganized with so many books covering the floor and every available surface. But soon they will be gone. Lee is donating around 3,400 law books and magazines to Korea University, his alma mater. By Thursday, they will line the shelves of the law library.

“I didn’t want these books to be sitting in my office and not studied,” Lee said when asked about his decision to donate the books. “Books are written and published to be read by as many people as possible.”

Most of the books he is donating are about legal precedents.

“It is important to know and understand precedents,” Lee said. “The cases we deal with nowadays may be different, but the core is still the same. Precedents are not just a collection of facts that happened in history, but they are living lessons to anyone who studies and practices law. My day still starts with reading the newspaper and then continues with reading the books and precedents.”

This is not the first time Lee has donated books to the university. He made his first donation back in 1981, as he was finishing his term as a judge at the Seoul High Court and starting his own practice. He first had the idea to donate books to the university when he discovered one of his books at Harvard University in the 1970s. He was there meeting with university professors at the invitation of the U.S. State Department.

“I was amazed at the library’s collection,” Lee said. “It may seem that my book would be of no use in the U.S., yet the school has the information for the few who might look for it. The amount of information this law school library had was shocking.”

He expressed regret at not being able to donate new books, but thinks his marked up books will be more useful than new ones.

“Used books could provide students with additional insight as they deal with new cases,” said Lee.