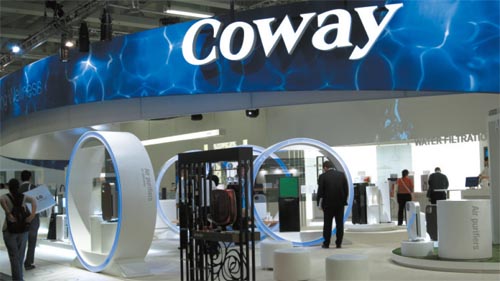 Coway’s exhibition booth at the IFA 2010 in Berlin, Germany. Provided by the company


Coway won over Europeans this month at the Internationale Funkausstellung 2010, attracting a fair share of attention for its water filtration devices, bidets and other environmentally friendly products. The electronics-focused event, also known as the IFA, was held from Sept. 3 to 8 in Berlin, Germany. Celebrating its 50th anniversary, the IFA attracted hundreds of the world’s largest electronics companies including Philips, Sony and Miele. The annual show aims to introduce the general public and businesses to a wide range of consumer electronics, communications and IT devices.

Coway has participated in the IFA for two consecutive years, standing side-by-side with some of the largest and most respected companies in the world. The event offered Coway a prime opportunity to show off its line of air purifiers, water filtration systems, juicers and vacuums. In total, the firm presented 80 different products in five distinct categories. 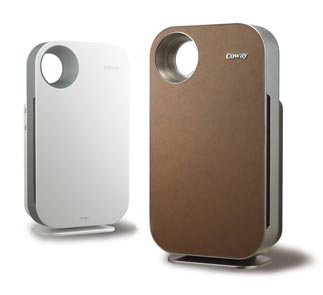 Coway views its participation in the IFA as a way to tackle the European market, hoping to develop some initial brand recognition. At this year’s IFA, the company introduced the BA17 bidet, which doesn’t require electricity, and the ultra-slim AP-1008 air purifier, which minimizes energy consumption and received the Energy Star designation from the United States. It also revealed the AP-0510 air purifier featuring a unique wine-glass design.

The concept behind Coway’s booth this year revolved around the interaction between humans, participation and the environment. To help educate European consumers about its product in an engaging, memorable way, Coway organized several comic performances and presentations by professional actors to highlight each of its product sectors.

As part of the company’s broader efforts to promote its global brand, Coway is participating in a number of large international events and is working continuously to expand its presence in the environmentally friendly electronics market. The company entered the international market in 2006 and has five foreign branches, one each in the U.S., China, Japan, Thailand and Malaysia as well as a logistics center in the Netherlands.

Fueled by sizable annual sales increases, Coway is constantly looking to tap new markets. Along these lines, the company signed contracts with Whirlpool and Bosch & Siemens in recent years. This growth has had a direct positive impact on the bottom line. In 2009, sales rose by 25 percent over the previous year. Its overseas business generated 55.7 billion won last year, and Coway hopes to lift that by another 60 percent this year. This month, it established a presence in Italy and plans to expand sales across Europe.

“There is growing demand for premium environment friendly electronics across the world, especially in Europe,” said Coway CEO Hong Joon-kee. “Through localized products and attractive designs, we will develop Coway as a global electronics brand.”