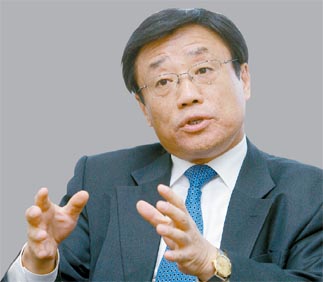 The Seoul G-20 Business Summit will take place Nov. 10-11, and it will be one of the largest gatherings ever of international business leaders. Next week’s meeting could set the model for similar proposed business forums when future G-20 Summits are hosted by France and Mexico.

Oh Young-ho, the commissioner of the Seoul G-20 Business Summit, talked with the Korea JoongAng Daily about the business summit’s origins and goals.

Q. How do you feel about the fact that Seoul will host the first Business Summit to coincide with the G-20 Summit?

A. To be absolutely correct, this is not the first time that corporate leaders will meet at a G-20 Summit. While there were no arrangements for a meeting of corporate leaders at the first G-20 Summit, which took place in Washington D.C. in 2008, last year’s London summit included one or two business representatives from each of the G-20 countries. The third summit in Pittsburgh also did not include business leaders, while that at Toronto in June did.

But this will definitely be the first time that a new format has been created to host a meeting of business leaders on a much larger scale. As the G-20 Summit involves the leaders of 20 countries working together to overcome economic risks and problems, we believe that the G-20 will provide an effective role for the private sector to play its part in achieving balanced development in the economic and industrial sectors.

What was the hardest part about staging the event?

The first problem for us was who were we going to invite to the event. And when doing so, we felt that we needed to invite corporate leaders who would be as effective as the national leaders taking part in the G-20 Summit.

We then decided to base our selections mainly on Fortune Magazine’s top 500 corporate ranking, which is released every year. Since our original task was to invite between 100 to 120 business leaders, we based our main pool on the top 250 companies, while having some flexibility according to what sector or country they belong to.

When we did finally get in contact with the corporate leaders, some were puzzled as to why they should come to Korea since such meetings did not have a track record of constructive results. Some also did not know Korea that well. In addition, most of the schedules of the corporate leaders were packed full for the year and some were even busy next year as well.

Since our committee was formed only in March, we had a very limited time in contacting these people and it did not help when the sinking of the Cheonan warship happened, which brought things to a standstill.

However, we remained resilient and moved forward in marketing the value of the event, and the corporate leaders showed interest and many wanted to participate. This was definitely the hardest part for us.

What was the main selling point that attracted the corporate leaders?

I think the main attraction of the event was the connectivity to the G-20 Summit, which will follow the G-20 Business Summit, and that the reports and agenda discussed at the meeting will be presented at the Seoul Summit and will be considered among the national leaders. Once we had contacted and invited the corporate leaders, momentum started picking up for us from July and everything became set in a very short period of time.

Who first brought up the idea of the G-20 Business Summit?

President Lee Myung-bak first came up with the idea. He believed that for the global economy to make progress, the private sector needed to help. I think he was able to come up with such an effective idea since he was once a CEO himself.

Making this an official event and making it part of the G-20 Summit was greatly due to Sakong Il, chairman of the presidential committee of the G-20 Summit. He was responsible for persuading the national governments to make this event something that will exist for a long time.


Even some Korean corporate leaders who are mostly reclusive will gather for the G-20 Business Summit. What do you think these Korean leaders expect from the event?

The event will offer an informal environment for the corporate leaders, I feel that the Korean leaders will feel comfortable in meeting their international colleagues. I believe that this will also be a great opportunity for marketing.

Do you have any other observations about the event?

Although this was an extremely tough process for us, this event could become a new format and model for dealing with global economic problems. We can take pride that we are forging a new strategy that could help the economic recovery.