People are moved by emotion, not by logic

People are moved by emotion, not by logic 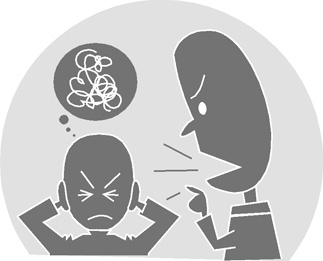 Former U.S. President Ronald Reagan was known for his self-deprecating sense of humor. Referring to a photograph of him with a chimpanzee, he joked that the one wearing a watch was him, saying that the chimp was about as intelligent as he. In fact, Reagan was not a studious leader. Before the G-7 Summit in 1983, he did not read a single page of the materials his aides had prepared for him. When his Chief of Staff James Baker reproached him about why he hadn’t opened the briefing book, he said, “Well, Jim, ‘The Sound of Music’ was on last night.”

Nevertheless, Reagan is respected as “the Great Communicator,” so maybe, intelligence and leadership do not necessarily go together. In the latest midterm elections in the U.S., a politician projected a similar characteristic. It was Sarah Palin, the former governor of Alaska and the fairy godmother of the Tea Party. Many of the candidates she endorsed won Senate, House and gubernatorial races in the midterm elections. Palin is now considered the most prominent potential candidate of the Republican Party for the 2012 presidential race.

Her success was noted by both liberals and conservatives. During the campaign, Palin revealed her level of intelligence. On Twitter, she wrote about her opposition to the construction of a mosque in New York. She posted, “Ground Zero Mosque supporters: doesn’t it stab you in the heart, as it does ours throughout the heartland? Peaceful Muslims, pls refudiate.” Her choice of word, “refudiate” - not “refute” or “repudiate” - is not found in the dictionary. Bloggers ridiculed that the Republican Party needs to give language lessons to her before urging immigrants to learn English. Palin did not back down. She followed up, “English is a living language, Shakespeare liked to coin new words too. Got to celebrate it!”

Sarah Palin says that an American leader should not be exceptional. She argues that a leader should never be different from average citizens, and that’s her excuse for being ignorant. The female warriors of the past generation such as Hillary Clinton worked strenuously to get ahead of male rivals. But perhaps the really smart one might be Palin. Clotaire Rapaille wrote in “The Culture Code: An Ingenious Way” that Americans “don’t want our presidents to think too much. We don’t want a father figure.” President Barack Obama is now in trouble. He’d better not forget the public is moved by emotion, not by logic.