This Is Where I Leave You
AUTHOR : Jonathan Tropper
GENRE : Fiction 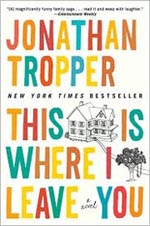 The death of Judd Foxman’s father marks the first time that the entire Foxman family - including Judd’s mother, brothers and sister - have been together in years. Conspicuously absent: Judd’s wife, Jen, whose fourteen-month affair with Judd’s radio-shock-jock boss has recently become painfully public. Simultaneously mourning the death of his father and the demise of his marriage, Judd joins the rest of the Foxmans as they reluctantly submit to their patriarch’s dying request: to spend the seven days following the funeral together. In the same house. Like a family. -From the publisher 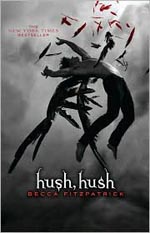 For Nora Grey, romance was not part of the plan. She’s never been particularly attracted to the boys at her school, no matter how much her best friend, Vee, pushes them at her. Not until Patch came along.

With his easy smile and eyes that seem to see inside her, Nora is drawn to him against her better judgment. But after a series of terrifying encounters, Nora’s not sure who to trust. Patch seems to be everywhere she is, and to know more about her than her closest friends. She can’t decide whether she should fall into his arms or run and hide.

And when she tries to seek some answers, she finds herself near a truth that is way more unsettling than anything Patch makes her feel. -From the publisher 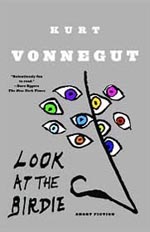 This is a collection of 14 short stories from one of the most original writers in American fiction. 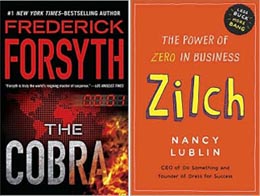 What if you had carte blanche to fight evil?

What would you do? For decades, the world has been fighting the drug cartels and losing, their billions of dollars making them the most powerful and destructive organizations on earth.

Until one man is asked to take charge. Paul Devereaux used to run Special Operations for the CIA before they retired him for being too ruthless.

Now he can have anything he requires, do anything he thinks necessary. No boundaries, no rules, no questions asked... -From the publisher

Lublin shows organizations how to get more done with less of everything, especially money and personnel, while keeping innovation, passion and creativity high. She proposes that companies broaden their rewards and their understanding of compensation so that people become deeply motivated to excel and offers techniques for extracting the best from people, including creating a stimulating workplace, offering skill development, and doling out titles liberally.

This book distills the best practices that any company - private or public - can adopt, and that no leader should be without. -Publishers Weekly