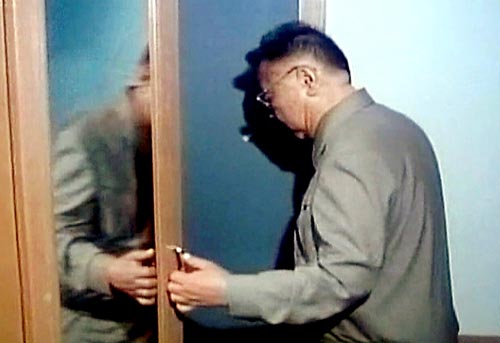 Video footage aired by North Korea’s official Korean Central Television on Wednesday shows leader Kim Jong-il opening a closet with his left hand, indicating that the leader’s health might have improved. Kim previously appeared to have difficulty using his left hand because of a stroke he suffered in August 2008. [YONHAP]