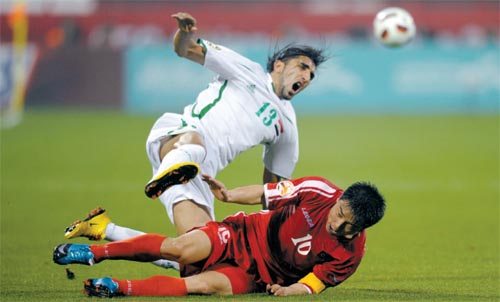 
DOHA, Qatar - Reigning champions Iraq set up a quarterfinal clash with Australia after beating North Korea 1-0 on Wednesday, condemning the Koreans to an early exit having failed to score in the entire tournament.

The 2007 champions finished second in Group D, behind rivals Iran, but they will be the underdogs to upset an Australian team out for revenge after Iraq defeated them 3-1 on the way to Asian Cup glory four years ago.

Iraq has not hit the height of the last Asian Cup, but they did not need to be great to see off North Korea in front of just over 4,000 at Al-Rayyan Stadium, making for a low-key atmosphere in what was a high-stakes encounter.

The holders made three changes from the side that laboured to a 1-0 victory over the United Arab Emirates and it was one of them, midfielder Kerrar Jasim, who fired the champions ahead on 22 minutes. It turned out to be the winner. 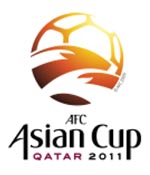 North Korea, cheered on by about 250 fans - all men wearing shirts and ties - came into the match knowing that they needed to win the game to go through instead of the holders.

But rather than attack, they were content to play a patient waiting game. Their coach Jo Tong-sop said they had abandoned the 5-3-2 formation they deployed at the World Cup to a theoretically more offensive 4-4-2.

There was no immediate sign it had made the Koreans - who coming into the game had yet to score a goal in the tournament - any more potent.

Iraq was within inches of taking the lead with the first chance of the game shortly after the 25 minute mark when defender Samal Saeed headed down a corner for striker Mustafa Kareem, who was lurking in the six-yard box.

But Kareem, brought in to replace Ala’a Abdulzehra, succeeded only in lashing the ball against the bar.

Shortly after Iraq went ahead. Korean keeper Ri Myong-guk was only able to parry Kareem’s stinging shot into the path of Jasim, who fired into an open net to put Iraq on their way, silencing Korea’s smartly dressed contingent.

It was not until 30 minutes in that North Korea had their first chance of the game. But forward Jong Tae-se, who plays for German second division side VfL Bochum, failed to get hold of the ball and the opportunity was gone. The North was in disarray and in danger of losing their heads as they committed a series of crude fouls. Captain Hong Yong-jo was booked for a particularly late challenge.

The ever-dangerous Kareem should have put his side up 2-0 on 37 minutes, but he somehow volleyed over from close range as Iraq continued to press. North Korea barely looked like scoring.

Iraq might have expected the North to throw the kitchen sink at them after the break. Korea made a change just after half time, bringing off defender Ri Jun-il for Pak Nam-chol - another defender. They now had two players on the pitch called Pak Nam-chol and reverted to what looked like a three-man defense.

They go home with just a single point and no goals after a 0-0 draw with the U.A.E. and a 1-0 defeat to group winners Iran.