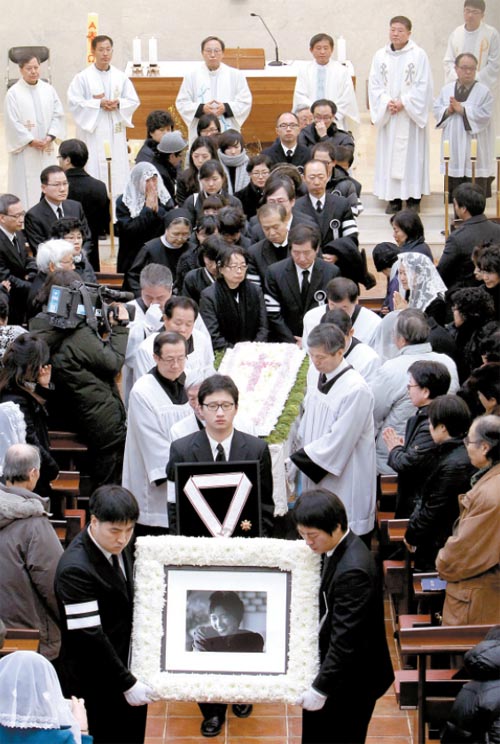 The casket of renowned novelist and essayist Park Wan-suh, 80, is taken from the Catholic church she used to attend in Guri, Gyeonggi, after a funeral service was held yesterday. The late writer was buried at Yongin Catholic Cemetery, where her husband and son are also buried. Park died last Saturday when her health deteriorated after undergoing surgery for gallbladder cancer in September 2010. By Kim Tae-sung