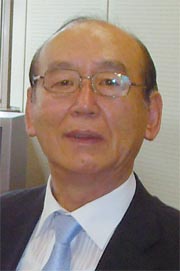 A group of Koreans who were forced to live in Japan as laborers during the colonial period and were exposed to radiation during the atomic bombing of Hiroshima and Nagasaki in 1945 will visit Japan next month to offer support to victims of the devastating earthquake. They also plan to donate at least 50 million won ($44,452) to relief efforts.

In an interview with the Korea JoongAng Daily yesterday, Kim Yong-kil, president of the Korea Atomic Bomb Victim Association, said all 2,650 members of the association, most of whom are in their 70s, have agreed to donate at least 20,000 won each to the Japanese whose lives were devastated by the massive quake.

“Although we have suffered from Japanese colonization and the bombing, we’ve decided to set aside history at this moment and do our best to help the Japanese,” Kim said. “We sincerely hope that measures will be quickly taken to prevent possible radiation exposure in Japan.

“All members of the association have agreed to donate money to the Japanese and we will visit Japan in early April to give them the money and share our experiences of suffering from radiation exposure during World War II.”

Kim, 71, has had health problems since being exposed to radiation in August 1945 when the United States dropped nuclear bombs on Japan during the final stages of World War II. Historians say about 100,000 Koreans were residing in Japan then, most of them as forced laborers.

“Most Koreans who returned to Korea died from radiation exposure and my sister was one of them,” Kim said.

“I was 5-years-old and had just entered the house. Although I wasn’t outside, I was exposed to a huge amount of radiation.”

After World War II ended, Kim returned to Korea with his parents. He later joined the association, which was formed in 1967 to seek compensation from the Japanese government.

Yu Byeong-gon, an official at the association’s Busan branch, which has the largest membership, said in a telephone interview,

“We received so many phone calls from members who wanted to donate. All of them said they think they should help the Japanese even though deep emotions between the Koreans and Japanese still exist,” Yu said.

Kim said that although the Japanese government is working to solve the nuclear crisis in Fukushima, the Korean government should help as much as it can to ease any nuclear threat there and at home.

“The Korean government should check the safety of the 21 nuclear plants nationwide to prevent possible explosions,” Kim said.