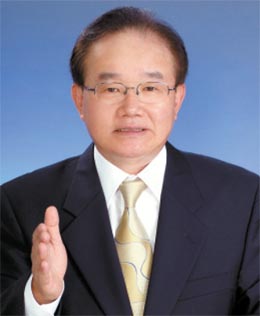 Starting next week, young North Korean defectors will receive four months of training to help them become leaders who could help reconstruct North Korea if the two countries were unified.

Ahn Chan-il, the first North Korean defector to acquire a doctorate in the South and the chief of a research institute on North Korean affairs, discussed the importance of tapping into that knowledge during a seminar last month on reunification.

“If the North Korean political system collapses after unification, a group of people who have had the experience of living in both North and South Korea will be needed to reconstruct the North,” said Ahn.

The seminar was organized by a civic group called the Organization for One Korea to address the functions and roles of North Korean defectors on the unified Korean Peninsula.

The program, which is scheduled to start on April 14, will be funded by the government and aims to train 1,000 defectors who are currently college students and graduates in the South. It will begin with 25 defectors for the first session. The second session will start in September.

“After three or four years, I believe we can create a group of ‘Intellectual Troops’ with 1,000 defectors from North Korea. These people would be trained to transplant South Korea’s politics, economy, military and culture to their hometowns [in the North] after reunification,” said Ahn.

Recently, the Committee for the Five Provinces of North Korea, which was established in 1949 by North Koreans who defected to the South, started pushing to preserve and collect information on displaced people.

“It’s time to turn the Committee for the Five Provinces of North Korea into an office of unification so that all 20,000 defectors in South Korea can prepare for unification with the full rights of a South Korean citizen,” said Ahn.

Currently, more than 20,000 North Koreans reside in South Korea. But many of them fail to get decent jobs even though they receive mandatory resettlement training.