Koreans lack what Eskimos have

Koreans lack what Eskimos have 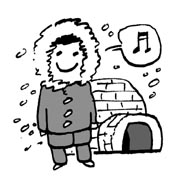 The Forbes 400, the wealthiest Americans selected by Forbes magazine, have something in common with the Eskimos in Greenland and Maasai in East Africa. They are the happiest people in the world. According to a survey conducted by the University of Illinois in the United States, the Forbes 400 and Eskimos topped the happiness index at 80 points. Maasai followed closely with 79 points. The study illustrates that happiness is a subjective value. Eskimos and Maasai do not compare their standing with their neighbors. There is no reason they should not be happy.

Conditions that determine happiness include more than just money, health and religion. Professor Ed Diener of the University of Illinois is known for his work in the psychology of happiness. In his paper “Very Happy People,” he argued that human relationships were key to happiness. He surveyed 222 people and found that the happiest people spent little time alone and invested a great amount of time meeting people and maintaining relationships.

The Korean Neuropsychiatric Association and Gallup Korea asked 1,006 people in Korea to rate their happiness. The average was 68.1 points, one point lower than a similar survey in 2006.

The Gallup Organization in the U,S. conducted a global happiness survey. It was no surprise that Korea ranked a disappointing 56th place among 115 countries. Koreans have hard lives. In their teens, they are stressed to get into good colleges. In their 20s, getting a job is no easy feat. In their 30s and 40s, Koreans struggle through the longest workdays in the world. In their 50s, they feel lonely and their health deteriorates. When Professor Diener visited Korea last year to attend a conference, he said that Koreans need to be happier.

We may want to do some soul-searching to appreciate the small things in life. After all, happiness comes from little discoveries made along the path of life, not from any of its end points.