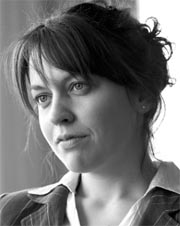 For aficionados, drinking wine is more than just uncorking a bottle. The harmony between the wine’s qualities and the taste of the food accompanying it, called matching, can bring out hidden depths in the overall taste.

And Aurelie Vabre, representative in charge of the Asian export activities of Inter Beaujolais, the trade group representing the whole of Beaujolais winemakers and associations, says that Korean food is a heaven-sent match for what is domestically a lesser-known appellation.

“Because Bordeaux is well-known in Korea, many local consumers first learn about wine though Bordeaux,” she said.

“However, Korean food is often spicy and has a strong fragrance. Rather than a heavy and strong-scented wine such as Bordeaux, the lighter Beaujolais, with its freshness and lower alcoholic content, is a better fit.”

Vabre sat down to meet with the Korea JoongAng Daily earlier this month, when she came to lead a seminar packed with local wine experts on the qualities of Beaujolais wine.

Korea is one of the top five markets that Beaujolais manufacturers are courting in Asia, in addition to Japan, mainland China, Hong Kong and Taiwan.

Inter Beaujolais is interested in expanding its small foothold in the Korean market since Beaujolais wine only makes up 2.7 percent of all French wine imported by Korea, far behind the leading Bordeaux with 70 percent.

“Most Beaujolais wine consumed in Korea is Beaujolais Nouveau, and many emerging wine markets start out that way as it’s the most popular nouveau wine in the world,” she said. “However, all markets except Japan tend to move beyond to long-term Beaujolais as the local wine culture matures.”

“Looking at the economic strength of Korea, which is similar to that of France, we are expecting local demand for more than nouveau wine soon.”

In particular, local sommeliers were especially interested in the theme of Vabre’s presentation - the 2009 vintage that has been called “the most perfect vintage to come along in 30 years.”