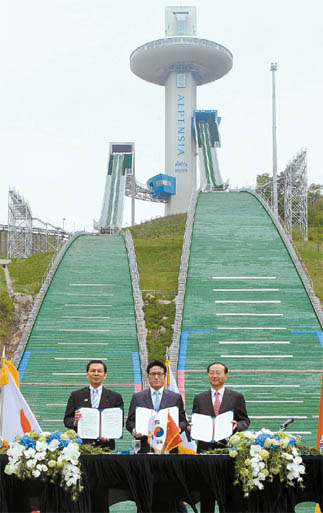 The tourism ministers of Korea, China and Japan, hold up a signed agreement to develop “10 golden tour routes” running through the three countries, during their 6th annual meeting, yesterday, at Alpensia Resort in Pyeongchang, Gangwon. Korea’s Minister of Culture Sports and Tourism Choung Byoung-gug is between his counterparts from Japan, left, and China. [NEWSIS]