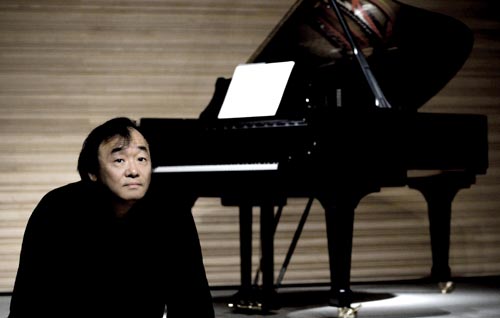 Pianist Paik Kun-woo, the artistic director of the Emerald Coast Music Festival in Dinard, France, and the first Korean artist to be officially invited to perform in China, performs music by Liszt on Sunday at the Seoul Arts Center in southern Seoul. See MUSIC, below. Provided by Credia

Today: In celebration of its 65th anniversary, the Korean Vocal Society is holding a concert called “Falling into Memory.”

The program features a performance of Brahm’s complete vocal quartet.

Performers include soprano Kim Jung-suk, Moon Eun-joo and others.

Saturday: German electronic musician and producer Siriusmo, who is also known as Moritz Friedrich, is bringing the party to Seoul. He has released a handful of albums over the years including “Diskoding,” “Allthegirls,” “MniRock” and the “Sirius” EP.

He said that he would not D.J. or perform live again, but returned to mixing when he performed live on a radio show in 2010. After that, he was seen in a few prestigious German clubs performing live for the first time.

He will be in Korea to promote his latest album “Mosaik,” which was released in February.

The opening band will be Gogostar and the after party will be by D.J. Sonyeon.

Sunday: Pianist Seo Ji-soo will give her first solo recital after finishing her doctorate of Musical Arts at the Eastman School of Music in Rochester, New York.

The winner of the top prize at the Brandshaw and Buono competition in New York in 2007, the Seoul National University graduate has been praised across the United States, Europe and in her home country for her poetic, powerful performances.

Janssens made his 2005 Carnegie Hall debut in New York as a “Rising Star” of the European Concert Hall Organization (ECHO) and has gone on to perform at some of the preeminent concert halls in the world. Kwun was the first Korean to win the Carl Nielsen Violin Competition at the age of 19. Lee was hailed as a “gifted virtuoso with a satin-smooth singing line” by the distinguished critic Harris Goldsmith.

Paik graduated from the Julliard School and is a laureate of the Naumbrg and Busoni International Piano Competition. He is the artistic director of the Emerald Coast Music Festival in Dinard, France, and the first Korean artist to be officially invited to perform in China.

Tuesday: American double-bassist Ron Carter and the Golden Striker Trio perform in Korea for the first time. Carter’s presence on over 2,500 albums makes him one of the most recorded bassists in jazz. From 1963 to 1968, he was a member of the Miles Davis Quintet.

The Golden Striker Trio includes Carter, swing guitarist Russell Malone and pianist Mulgrew Miller. Together they have released two albums. Malone was part of the Harry Connick Jr. Big Band and the Diana Krall trio. He is also the leader of The Russell Malone Quartet. Miller got his start at the age of 20 with the Duke Ellington Orchestra and Art Blakey’s Jazz Messengers.

June 21: American singer and songwriter Halie Loren will give her first concert in Seoul.

Loren is the winner of the 2009 Just Plain Folks award for best vocal jazz album for “They Oughta Write A Song” (2008).

The program includes hits such as “To Say Goodbye,” “Beyond the Sea” and “Summer Time.”

Friday to June 29: “The Idiot” is a musical drama based on Dostoevsky’s “The Idiot” that has been remade with pansori (narrative singing) and modern music.

The plot tells the story of ordinary people who society calls “idiots.” The point of the drama is to show the beauty of pure and innocent love and the relationships between people that we are lacking in society today and we learn that sometimes, it’s okay to be an idiot.

The production is in Korean with English subtitles. No admission for people under 12.

June 24 to July 9: Probationary Theatre presents “Some Girls” by Neil LaBute in its new venue, the first performance space dedicated to English-language productions in Seoul.

Lee experiments with a genre of modern pansori she calls “Brecht pansori” that is a mixture of pansori and the works of German playwright Bertolt Brecht. This performance is based on Brecht’s “Mother Courage and Her Children.” Lee’s first Brecht pansori piece, “Sacheon-ga,” earned her a best actress award at the International Theater Festival KONTAKT 2010 in Poland.

To June 28: Korea’s four major ballet troupes have gathered to host the first government-led ballet festival. The state-run Korea National ballet, the private Universal Ballet Company, the private Seoul Ballet Theatre, and the Gwangju City Ballet will each stage their audience’s favorite repertoire featuring their star dancers during the two week-long festival. “Giselle,” “Life is...,” “Swan Lake,” and “Empress Myeonseong” are a few performances that are included in the festival.

June 23 to July 3: The Ditto Festival was started to make classical music accessible to the public. Its other goal is to promote 15 rising classical stars such as violinist Richard Yong-jae O’Neil, pianist Ji-yong, and pianist Hahn Bin.