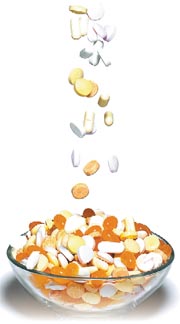 A chief executive of one of the multinational drug-making companies in Korea expressed concern about the country’s pharmaceutical industry.

“We will stop making investments in R&D and stop bringing quality products if prices of drugs become cheaper in Korea than in Bangladesh or Indonesia,” the CEO said.

The executive paints a gloomy picture for the Korean pharmaceutical industry that awaits a policy to slash drug prices next year.

The Korean pharmaceutical industry is being hit with a series of government measures to root out the practice of drug firms paying commissions to doctors.

The commissions in question refer to a portion of the premium paid by drug companies to doctors who prescribe their drugs for patients. The issue rose to the surface recently when violence broke out at Kyung Hee University Medical Center in October. The Ministry of Health and Welfare conducted an investigation on an accusation that doctors at the center got into a physical fight over a significant amount of commission money. The Health Ministry discovered that the source of 150 million won ($132,600) out of the 500 million won designated for a development fund was unknown. The investigation has been on-going for the past two months.

One of the strongest measures came in November. The ministry unveiled a plan to cut prices of 7,500 generics to 53.55 percent of their prices before patent expiration. The ministry said the plan aims to promote price competition under regulation. The government plan is expected to lower annual spending by the National Health Insurance Corp. by 1.7 trillion won. Products that might possibly run short of supply are excluded.

The pharmaceutical industry has raised their voice against the plan. Led by the Korea Pharmaceutical Manufacturers Association, domestic drug firms staged a protest last month, saying the plan to lower prices of all drugs at once is unreasonable and could kill hundreds of jobs.

The Federation of Korean Chemical Workers’ Union held a meeting with Health Minister Rim Che-min on Wednesday to inform him of large-scale layoffs being carried out in the industry. The KPMA has taken action to file a legal complaint against the ministry.

A senior official at a Japanese drug company said from January they have to lower prices of three original drugs by 7 percent each year, up to 20 percent in the next three years. “Such a forceful measure will make domestic drug makers suffer by eroding profitability,” the official said.

There are worries that this could result in decreasing investments in research and development, which is considered a future growth engine for the country’s pharmaceutical industry.

“We expect losses of around 100 billion won next year,” said an official at Dong-A Pharmaceutical, the No. 1 domestic drug firm. 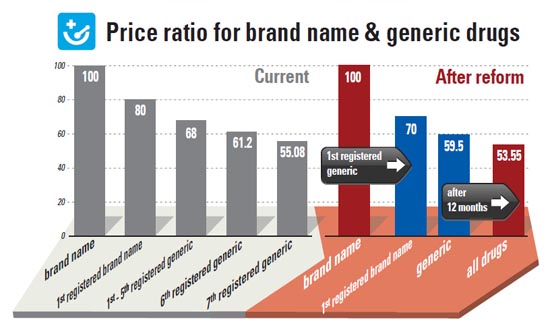 Part of efforts to cut costs is to conduct layoffs. The industry has been trimming down the workforce since the third quarter and the work is still going on, the official at the Japanese firm said.

There are more than 200 small drug firms in Korea. Many of them are so small that they are unknown, according to the industry. Their profits are expected to fall when the price-cut plan takes effect, possibly leading to a series of bankruptcies.

Foreign drug companies do not welcome the government plan, either. According to industrial sources, the largest foreign pharmaceutical company by sales in Korea, Pfizer, didn’t launch more than two products in the country because of low drug prices authorized by the government. But the products were what the country needed to import. “As seen in this case, lowering drug prices could cause foreign drug firms to avoid launching more expensive but higher quality products in the country,” an industry official said.

“This could further lead to taking away the right to access quality drugs for consumers,” a sales employee at GSK Korea said.

“If not enough clinical research is done, it is impossible to bring the drug industry to a higher level,” the GSK employee said. “In this sense, the policy doesn’t make sense, because the government says the purpose of cutting prices is to provide the people with quality drugs,” she said. “An expected consequence is that big drug firms will survive, while small domestic ones would disappear.”

Some consider cutting the prices of hundreds of drugs all at once to be drastic. “There is no time to adapt to the change for drug companies,” an official at the KPMA said. “Because the government is carrying out the plan in a forceful way, it is too early for the industry to find breakthroughs.”

However, the Health Minister said, “There will be less worries than predicted about the employment issue.” The ministry plans on no change in its plan, despite strong demands from the industry to delay or scale it back.