Park Chan-ho given go-ahead to play in KBO

Park Chan-ho given go-ahead to play in KBO 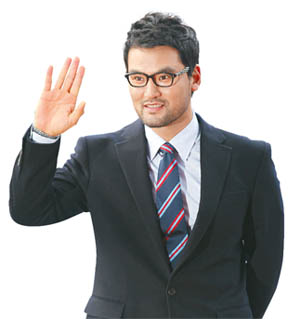 Former Major League Baseball All-Star Park Chan-ho will be able to play baseball in his home country next year as the Korea Baseball Organization (KBO) gave him a green light to join the league.

At KBO headquarters in Seoul yesterday, the presidents of the eight current clubs in the KBO and the Changwon NC Dinos, who will join the league in 2013, had a board meeting with KBO officials and gave the go-ahead to the 38-year-old pitcher to play in the top division of Korea’s professional baseball league next year.

Park, who signed with the Los Angeles Dodgers in 1994 after graduating from Hanyang University, has not played in the KBO. He is currently the only active player to whom the rule applies.

However, with special permission from the KBO, Park is now allowed to play in the league next year and is set to join his hometown club the Daejeon Hanwha Eagles.

“There was objection from some clubs, but the board permitted Park’s return to Korea in a sense of victory for all,” KBO communications director Lee Jin-hyung said.

“We also considered that Park has enhanced national prestige while playing in the MLB and has represented the nation in the Asian Games and the World Baseball Classic.”

The Eagles reserve the prior right to pick Park based on his hometown. Park is from Gongju, South Chungcheong, just north of Daejeon. The club has been pushing for the rule change so that it can put Park on their roster without wasting a full season.

The Eagles, who finished sixth, tied with the Seoul LG Twins, in the last KBO season, have been emphasizing that it didn’t benefit from KBO’s special draft of players who went overseas after 1999.

In 2007, a total of five players were listed for the KBO’s special draft of players eligible to come back to Korea, but the Eagles couldn’t pick anyone because they were No. 6 in the draft order. The KBO said its decision also considered the Eagles’ disadvantage in the 2007 special draft.

It was reported that some officials demanded the Eagles give up their first-round draft pick of 2012 in exchange for getting Park next year, but apparently there was no deal.

But the Eagles said in return they will help to develop baseball in their community.

Jeong added that the club hasn’t prepared the contract for Park yet, but will offer a deal to the right-handed pitcher in the near future but the question now looms after top players have inked blockbuster deals with their clubs.

Recently, Lee Seung-yeop and Kim Tae-kyun, who returned to the KBO after playing in Japan, signed a one-year contract that will give them 800 million won ($693,240) and 1.5 billion won salaries, respectively.

Most notably, Kim, who joined the Eagles on Monday, became the highest-paid player among all Korean professional sports.

Experts say that Park, who pitched 17 years in the majors and one year in the Nippon Professional Baseball league, is still an iconic baseball player to Koreans, but his age will be a factor in the deal.

Park is the first Koran to play in the MLB. During his 17 years in the United States, he pitched for seven different clubs and collected 124 wins, the most ever by an Asian pitcher.