Actress Jun Ji-hyun in talks of marriage with the son of a Korean designer.

Actress Jun Ji-hyun in talks of marriage with the son of a Korean designer. 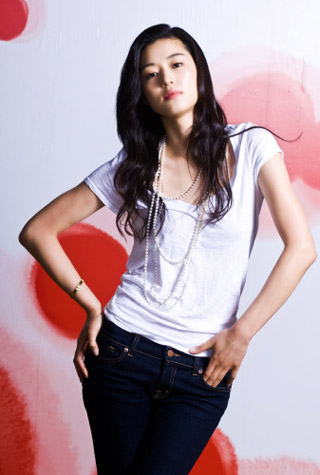 Hallyu star Jun Ji-hyun’s agency confirmed that the actress is currently in a serious relationship with the grandson of famed fashion designer Lee Young-hee. Lee is renowned for designing hanbok (traditional Korean attire).
“The two have known one another since childhood and were always good friends. When they developed romantic feelings for each other they decided to seriously date,” said a representative from the entertainer’s agency.

Jun’s agency claimed that the couple has been dating for over one year and is well acquainted with each other’s families, but no date for a wedding has been set. The starlet’s beau is the second son of the acclaimed fashion designer’s daughter who is also in the fashion industry.
According to local media, Jun’s potential mother-in-law had often referred to the Hallyu star as her “daughter-in-law” to friends.
The agency described the current boyfriend of the star as handsome and working in finance for an American bank.

The finance worker’s family is well known and respected for their efforts in creating awareness of the traditional Korean costume in the worldwide fashion market. The family opened a Lee Young Hee Korea Museum in New York in order to promote Korean culture.

Jun made her debut in the entertainment scene as a model in a fashion magazine in 1997. Since then she’s featured in the hit drama “Happy Together” and the movie “My Sassy Girl.”