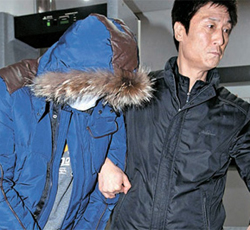 Wrapping up its investigation, the prosecution yesterday announced that the massive cyberattack on the National Election Commission on the day of the Oct. 26 Seoul mayoral by-election was planned and ordered by two former aides to National Assembly Speaker Park Hee-tae and Representative Choi Ku-sik, both of whom are former members of the ruling Grand National Party.

The prosecution’s special investigative unit said, however, that it has found no evidence that someone higher up the political ladder had been involved in the crime. 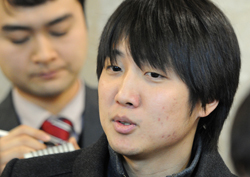 There had been speculation that someone more powerful than the two politicians’ aides was behind the cyberattacks, as the suspects had confessed to prosecutors that they had intended to paralyze the National Election Commission’s Web site so that young, liberal voters would have difficulty finding the locations of their polling stations.

The prosecution said its investigation was conducted jointly with the Korea Internet Security Agency to ensure fairness and accuracy but that no evidence was found to back the suspicion that powerful politicians were behind the cyberattacks.

Although a Blue House aide accompanied Kim and Gong at a drinking party on the eve of the Seoul mayoral by-election, when the two men ordered the cyberattacks by phone, no charges against the aide were filed.

The prosecution said Kim and Gong had colluded because they both wanted to garner achievements for promotions. This conclusion was somewhat different from the initial outcome of a police probe, which said Gong had acted alone.

Both the ruling and opposition parties made clear yesterday that they were not satisfied with the outcome of the prosecution’s investigation.

Lee Jun-seok, a member of the GNP’s emergency council tasked to resolve the cyberattack scandal, yesterday advocated that an independent counsel be appointed to look deeper into the case.

“The prosecution’s probe has failed to satisfactorily answer the public’s suspicions,” Lee said. “Whether prosecutors have done their best or not, the people do not trust their conclusions, so we need a stronger investigation.”

He asked Representative Hwang Woo-yea, the GNP floor leader, to push forward an investigation by an independent counsel, and Hwang reportedly agreed.

The Democratic Unity Party also denounced the probe, saying it did not find the masterminds of the attacks.

“We are enraged by the outcome,” said Kim Yoo-jung, the main opposition party spokeswoman. “We will submit a bill on Monday to initiate a probe by an independent counsel.”

Though the largest political parties were not satisfied with the prosecution’s investigation, Representative Choi, who left the GNP due to his aide’s involvement in the scandal, appeared to be content with the conclusion. He told Yonhap News Agency yesterday that his innocence was finally proven and said he would wait for the GNP’s emergency leadership’s decision on his reinstatement.