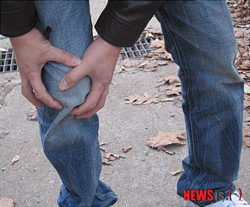 Korea is regaining its footing as a stem cell research powerhouse, as the world’s second batch of stem cell treatments were approved yesterday by the Korean Food and Drug Administration.

The other two stem cell treatments use autologous stem cells, which are from the patient’s own stem cells.

Allogeneic stem cells are advantageous because they have a higher mass-production potential and consistent treatment efficacy.

According to Medipost Inc., Cartistem is expected to provide new treatment opportunities to concerned patients. It said that about 15 percent of the world’s population is reportedly suffering from cartilage and joint damage such as degenerative arthritis and rheumatoid arthritis. It added that the percentage has been increasing as the population ages and more young people are involved in active sports.

Currently, treatments such as drug therapy, arthroscopy and artificial joint surgery are being used as treatment for cartilage defects but they reportedly “fail to address the root cause” of the problem.

Forty-three patients participated in a clinical trial with Cartistem, according to Medipost Inc., and after 48 weeks, 42 patients were able to confirm improvements.

When 33 patients underwent a clinical trial with Cupistem, the fistulous openings completely closed for 27 patients eight weeks after the injection.

Both Medipost Inc. and Anterogen said the two products will be launched after completing administrative procedures such as insurance pricing.

Meanwhile, the KFDA said it will continue its efforts to shorten the manufacturing process for biotechnological products while also improving safety.