CN Blue to release concert DVD ahead of U.S. performance

CN Blue to release concert DVD ahead of U.S. performance 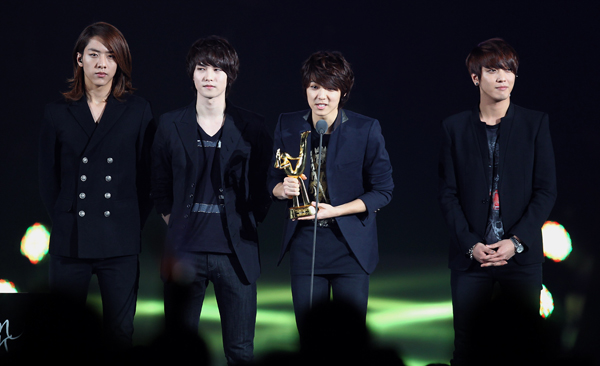 Boy band CN Blue is set to release a DVD of its first performance from its Asian concert tour, which took place last September.

The DVD was filmed at Olympic Park in Seoul, and the group’s agency said it includes both onstage performances and clips from backstage. It also contains footage showing how the film was made.

It will go on sale to the general public on Jan. 31 along with a 100-page photo album.

CN Blue is also gearing up for its first performance in the United States. On March 9, FT Island will join CN Blue at the Nokia Theater in Los Angeles. Last week, a representative from FNC Music, which represents the two groups, said that the concert will be a great push forward for the stars as they look to enter the global music market. It will also be the first time that the two bands will share a stage.

CN Blue made its debut in Japan last year with an album release there. Within five days of the release, the band topped charts in several Asian countries.