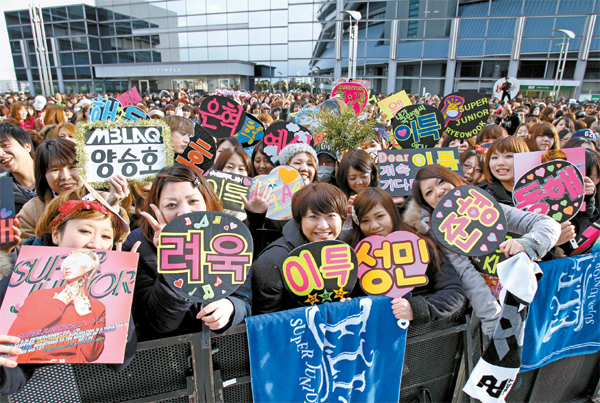 Japanese Hallyu fans flock to the Kyocera Dome in Osaka to welcome some 500 K-pop stars who flew to Japan for the 26th Golden Disk Awards ceremony that began on Jan. 11. It was a rare treat for the Japanese fans: This is the first time the awards, dubbed the Korean Grammys, were held abroad. By Lim Hyun-dong