Reconstructing a face in hopes of transforming the future

Reconstructing a face in hopes of transforming the future 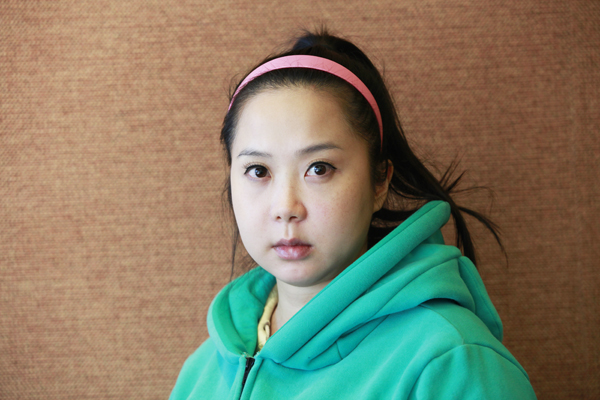 Yang Bi-na, a 26-year-old actress, underwent three invasive plastic surgery procedures two months ago, hoping to land better roles in theater productions and films. She will have teeth laminates as well as nose and forehead implants by March. By Park Sang-moon


Advertisements for cosmetic surgery clinics featuring a dramatic contrast of before and after faces are ubiquitous in Seoul; from the backs of seats on public buses to posters throughout the subway, it would be hard fought to avoid examples of facial transformations during a daily commute. 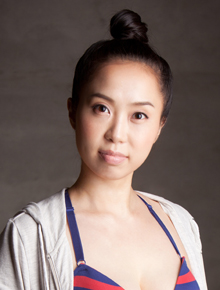 A profile photo of Yang before plastic surgery. She is a short-term high school teacher of Korean literature, a stage actress and a performance arts producer. Provided by Yang Bi-na

While plastic surgery was mostly confined to the eyes and nose, recently the majority of those advertisements shifted to focus on the shape of the lower half of patients’ faces. The process that has made this procedure possible is called bimaxillary osteotomy surgery, which Koreans call yang-ak susul, and it has emerged as a major buzzword among entertainers and appearance-conscious citizens.

Yang Bi-na, a 26-year-old from Suseo-dong, southern Seoul, jumped on the yang-ak susul bandwagon, which is said to produce stunning results but is a risky procedure that has claimed lives. The short-term high school teacher of Korean literature, stage actress and performance arts producer shared her story with the Korea JoongAng Daily, detailing the risky surgery she underwent two months prior.

Clad in a thick turquoise hoodie with an illustration of large eyes - somewhat resembling one of the few untouched aspects of her face - imprinted on the front, Yang showed up at a cafe near the residence she temporarily took after the operation. 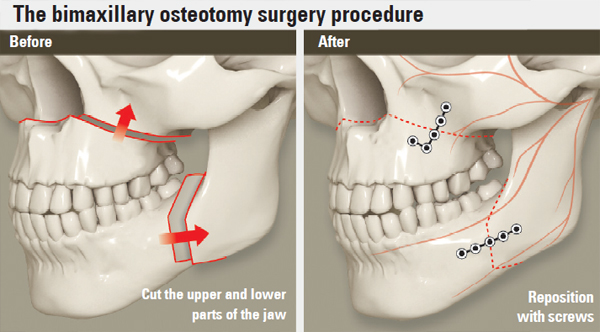 Both sides of her face were still swollen as if she were holding jawbreakers in her cheeks. But the part below her nose was noticeably different from the one seen in photos she took before operation.

Yang not only underwent bimaxillary osteotomy surgery but also a procedure to correct a front teeth protrusion by having four teeth extracted and her high cheekbones trimmed. The operation took place at a clinic in Apgujeong-dong, southeastern Seoul, the mecca of plastic surgery.

“I take the swollen face for granted because it’s not been long enough,” she said when asked how she feels about her new yet still recovering face. She said she prepared her heart for the worst-case scenario - losing her life during the surgery, a risk hospitals point out and disclaim responsibility of by requiring patients to sign consent forms. An employee in charge of counseling patients on the surgery at a well-known hospital in Cheongdam-dong, southern Seoul, who asked not to be named, said she has actually seen “a lot” of patients dying in the middle of the surgery, mostly from copious bleeding. She warned that the death rate is the highest at the three hospitals that release the largest number of commercials and ads.

Such a do-or-die attitude suggests Yang was desperate for a facial transformation. But despite her will, she couldn’t anticipate the terrible ordeal she would experience after the surgery.

“What really has been giving me a hard time is a difficulty in breathing, ensuing nasal congestion, headaches and, more than anything else, the indescribable level of pain. No one that I saw who had gone through the bimaxillary surgery said it would hurt this much. Afterwards I thought, ‘This has got to be more painful than lamenting the death of everyone I know, including my parents.’?”

Within one week after being discharged from a week-long hospitalization, she called 119 (the Korean version of 911) from her residence twice to be taken to an emergency room for a pain reliever injection. It didn’t stop there. For a few weeks after the surgery, her eye sight abruptly worsened, disabling her from reading books or watching TV.

Although her sight has returned to normalcy, she suspects the phenomenon was part of the side effects of the invasive operation. “I was afraid I would go blind at the beginning. My surgeons only said I was an exception because such an event had never occurred with other patients,” she said.

Yang wasn’t able to eat properly either. For two weeks after the operation, she was only able to take in liquid food such as cream soup and soybean milk with a straw due to the rubber bands, strapped in her upper and lower teeth so the newly adjusted jaw could ossify. She was unable to brush her teeth, only gargle. For the following two weeks she ate rice porridge. She can now chew rice and soft noodles.

So, what is it about the bimaxillary osteotomy surgery that results in such a harsh period of recovery? It stems largely from the cutting of the upper and lower parts of the jaw and the reconstruction efforts, reliant on screws. The operation is done through the mouth to prevent leaving any scars on the face.

“Bimaxillary osteotomy surgery is the most difficult and dangerous of all facial operations since it could fatally damage the nerves,” said Baek Rong-min, a professor of plastic surgery at Seoul National University Bundang Hospital. It also requires general anesthesia for up to eight hours.

The operation method was initially developed for those with an abnormal degree of lower jaw protrusions (a lantern jaw, for instance) or cross-bite patients. But now many Koreans, including Yang, have been increasingly opting for the operation for cosmetic purposes in the past several years. That is because the surgery has the effect of shortening the face length, which many consider the foremost qualification for dong-an, or a younger-looking face.

A Naver online forum that allows users to share information related to the surgery has over 370,000 registered members. Cosmetics industry insiders say the number of people undergoing the surgery jumped 40 percent last year from 2010, although no official statistics are available.

The boom is in large part attributable to a recent chain of celebrities who re-entered the spotlight after heavy facial makeovers, including actresses Sin-i and Shin Eun-kyung, former Playboy model Lee Pani and comedians Kang Yoo-mi and Kim Ji-hye, to name a few.

Albeit an obscure entertainer herself, Yang yearned for a face that would give her a wider range of choices when it came to work.

“One day I was immensely shocked to see my face in a profile for an indie film I had featured in. It was horrible,” she said. “When I am not confident about myself, how can I possibly present myself to others? Acting has been a top priority in my life and if my face was limiting my potential, I had no choice but to improve my face artificially. People say you only need to act to succeed in this field, but that is far from true.”

Yang added that she is now
“pretty sure” she could have performed better than Son Ye-jin in the movie “My Wife Got Married” or Seo Woo in “Paju” if she had been cast.

She went further to take the example of actress Sin-i. The 34-year-old had established herself as a major supporting actress for a comic character in numerous films - largely thanks to her face that was full of personality and her signature Gyeongsang provincial dialect.

Last July, she returned with a prettier yet typical Korean post-op face after the bimaxillary osteotomy surgery, confessing she had been unhappy about failing in auditions for lead roles in dramas and films because she was “not pretty enough.” Two months after her comeback, she was cast in the lead role for the Korean film “Holly and Wani.”

The three operations Yang has undergone so far are not the end of her journey to the “near-perfect” makeover she hopes to reach. In two weeks she will get dental laminates and then a nose surgery and forehead implant in March to give her face a more clear-cut and three-dimensional visual appearance.

The expenses: 13 million won ($11,603) for the bone and teeth operations, 8 million won for teeth laminates and 3.5 million won for nose and forehead. That totals 24.5 million won, which is after a discount for paying in cash, she said. But that hefty amount came from her parents’ pockets.

“I pestered my parents for almost a year to pay for my surgery. They were stubborn at the beginning because my mom, in particular, absolutely abhorred plastic surgery. But finally they surrendered after I threatened to kill myself,” she said without a blink.

Luckily, her parents were affluent enough to afford the surgery for their only child. But Yang had to move to a studio near her parents’ house because her mother refused to see her daughter’s post-surgery face. She said, “When I called my mom on New Year’s Day and offered to meet, she sobbed and said, ‘You are not the daughter I gave birth to.’?”

Ever since she got out of the hospital, she has been taken care of by a part-time housekeeper, for whom her parents also pay.

But she says she has gained the confidence to believe she can achieve anything from now on.

“Before the surgery, I lived pretty much a smooth and comfortable life. Now that I have overcome all the turmoil that I can possibly imagine, I am full of energy and determination to push forward.”