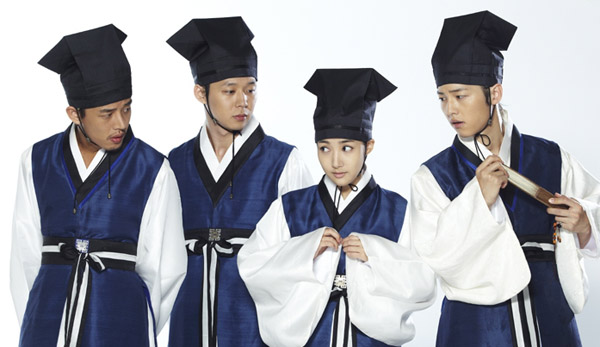 KBS’s “Sungkyunkwan Scandal” and MBC’s “The Greatest Love” have been shortlisted for the mini-series category of the New York Festivals’ International TV & Films Awards.

“Sungkyunkwan Scandal” is set at Sungkyunkwan University in the late Joseon era and features actor Song Joon-ki and Park Yu-chun from the boy band JYJ.

Other Korean programs shortlisted were “Last Tundra - Inheritors of Tundra” in the nature and wildlife category and “The Day of Ji-hyun’s First Meeting with Her Father” in the social issues/current events category.

The winners will be notified next month, and the award ceremony is set to take place on April 17 in Las Vegas.

KBS has previously won awards at the New York Festivals. Last year, the network won the silver award for the radio history category with the program “Korea, China, Japan - A Story of Three Nations.” KBS also won the gold award for “Korean Ghost Stories - The Curse of the Saijin Sword” in the television movie/drama special category.