Lee Kyung-gyu to start scholarship fund with profits from ramen

Lee Kyung-gyu to start scholarship fund with profits from ramen 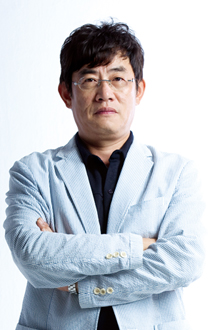 Comedian Lee Kyung-gyu and Paldo, the company behind Kkokkomyeon, a brand of ramen developed by Lee himself, will soon reveal plans for a scholarship fund that Lee will set up using profits from the oodles of noodles consumed in Korea.

At a press conference slated for Monday, the two parties will detail plans for the fund, and Paldo will also make an announcement about the new direction it will take with its packaged noodles.

Lee has been receiving royalties from the joint venture with his name on the packaging. Although no official figures revealing how much the entertainer earns for his partnership have been announced, local media speculates that Lee receives around 1 to 2 percent of the profit. This would be around 10 won ($.009) per packet of ramen sold.

As Paldo’s instant noodles have sold more than 100 billion packets, the comedian’s earnings are quite substantial, especially considering that the ramen has only been on the market for about six months.