Kim Yong-jun bids fans farewell as he enters the military

Kim Yong-jun bids fans farewell as he enters the military 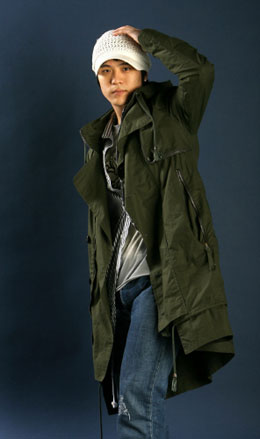 Singer Kim Yong-jun of SG Wannabe entered the Army on Feb. 16 to fulfill his national service obligation, wishing his fans farewell and promising a comeback after his time is up.

The 28-year-old will undergo basic training at the Nonsan Army Recruit Training Center in Chungnam, South Chungcheong, before taking on a noncombatant role as a public service worker that will be his job for roughly two years.

Fans came in droves to the training center with signs that read “All the Best!“ and “We love you and will be waiting for you!”

“I didn’t get a wink of sleep last night, but I feel so uplifted now from all your support,” Kim said, sporting a mandatory buzz cut. He joked that it was his first haircut since graduating from high school.

When asked if he was worried about being separated from his girlfriend and fellow singer Hwang Jung-eum, Kim said, “She will be fine. She is currently filming a drama, and I hope it will be a hit.”

Kim is the leader of the trio SG Wannabe and rose to fame in 2009 with a starring role in the MBC reality show “We Got Married” in which he appeared with his real-life girlfriend, singer Hwang Jung-eum. Last month, his group performed for fans one last time before Kim entered the military.