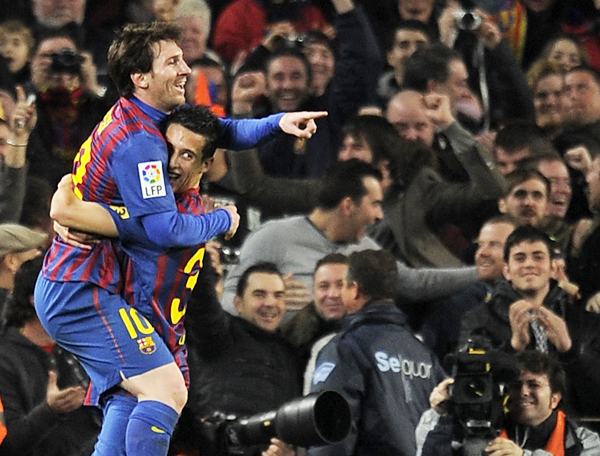 Barcelona’s Argentine forward Lionel Messi, top left, celebrates with teammate Cristian Tello after scoring a goal during their Spanish La Liga football match against Valencia CF at the Camp Nou in Barcelona, Sunday. Messi scored four goals (taking his tally to 27 in the league, 42 overall this season and 146 in total for Barcelona) in his 200th appearance for the club. Barcelona won 5-1. [AFP/YONHAP]