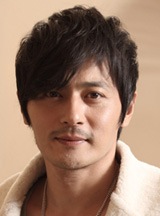 Chinese actresses Zhang Ziyi and Cecelia Cheung have expressed their admiration for the Hallyu star Jang Dong-gun through the director Hur Jin-ho, who worked with all three actors on the upcoming movie “Dangereous Liaisons.”

According to the film’s director, the Chinese actresses were touched by Jang’s professionalism and compassionate heart while on the movie set.
“Jang’s determination and the fact that he took the time to learn and perfect his Chinese for the movie amazed the actors and the staff on set,” said Hur during an interview with OSEN.

The movie, starring three of the biggest names in the Asian film industry, is a remake of the French classic “Dangerous Liaisons” by Chinese and Singaporean production companies. The film has been remade five times to date. The most famous version featured Hollywood actors John Malkovich and Michelle Pfeiffer in 1988.

Meanwhile, Jang and Hur previously worked on the action movie “Friend” in 2001. Hur was impressed by Jang from their previous work and described the actor’s new role as, “A menace and a coward,” while calling the actor “impeccable” in real life.

Jang also worked with Cheung on the Chinese movie “The Promise” in 2005.