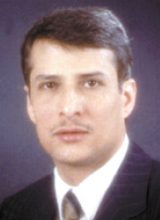 Bilateral relations between Kuwait and Korea have grown and expanded since official diplomatic relations were established in June 1979.

In particular Kuwait has maintained a close relationship with the Republic of Korea on the economic front. In 2011, bilateral trade volume reached $16.3 billion, an increase of 36 percent from the previous year, proving that Korea is one of the major trading partners to Kuwait.

His Highness Sheikh Ahmed Al-Fahad Al-Ahmed Al-Sabah, president of the Olympic Council of Asia paid an official visit to the Republic of Korea on November 2011, a delegation from the Kuwait Fire Service Directorate led by Gen. Jassim Al Mansouri attended the naming ceremony for a fire fighting boat on March 7 last year, and another delegation from the Ministry of Justice headed by Acting Attorney General H.E Darrar Al-Assousi represented the State of Kuwait at the Fourth World Summit of Prosecutors General.

The State of Kuwait had the honor of participating in the Eighth Korea-Middle East Cooperation Forum which was held on Jeju Island in October last year. The main theme was “Strengthening the Korea-GCC Relationship in a Time of Change.”

On the other hand, Minister of Land, Transport and Maritime Affairs Mr. Kwon Do-youb paid a visit to the State of Kuwait in which he met with the Kuwait Prime Minister and Defense Minister Sheikh Jaber Al-Mubarak Al-Hamad Al-Sabah and discussed bilateral cooperation and issues of mutual interest.

I would like to express my sincere hope that the people and the government of the Republic of Korea continue to enjoy peace, stability and prosperity.