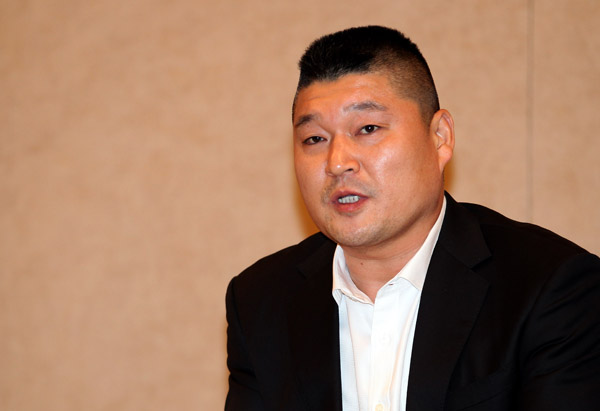 
Entertainer Kang Ho-dong is back in the spotlight after a tax evasion scandal last September that sent him into “temporary retirement.”
The once-popular MC donated a controversial plot of land to the Asan Foundation, the social welfare branch of the Asan Medical Center in Seoul.
The 14,579 square meter property is located in the Daegwallyeong (Great Mountains) area of Pyeongchang, Gangwon, and is valued at 2 billion won ($1,785,265).

“Since his temporary retirement, Kang has talked with his wife about making a donation in their son’s name and decided to donate the rural property,” Kang’s representative told Yohhap News on Tuesday.
Kang previously volunteered in the pediatrics ward of Asan hospital. Due to the close ties the entertainer maintained with the hospital, the organization was singled out for the donation.

Kang was found guilty of tax evasion and find fined hundreds of millions of won (hundreds of thousands of dollars), leading to speculation that the Pyeongchang land purchase was another ploy.

A recent KBS program highlighted the fact that investors started buying land in Pyeonchang last year ahead of the Winter Olympics, knowing that once the land is deregulated, farmland can be developed.
Kang’s manager maintains that Kang wasn’t looking to earn quick cash from the land purchase but that it was bought as a “long-term investment.”