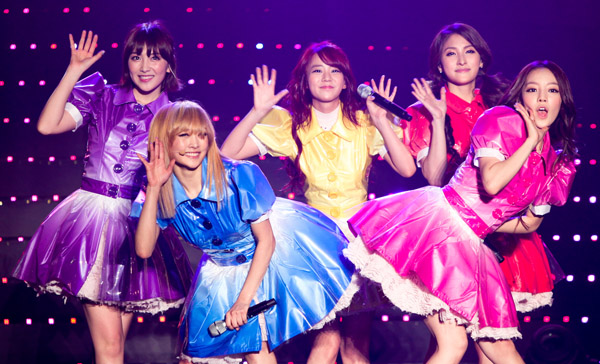 IU walked the catwalk and sang the Japanese version of her single “Good Day,” which will be released on March 21, for an audience of 27,000 people.

TGC is a semiannual fashion event launched in 2005 that showcases streetwear by domestic brands, usually worn by celebrities or professional models. The event is open to the public and also incorporates performances. More than 100 entertainers aged between seven and 64 participated in this year’s show.

KARA was recently in the news when its hit song “Step,” released Feb. 22, topped the charts on Japan’s most popular ringtone Web site Recochoku just one week after its release.