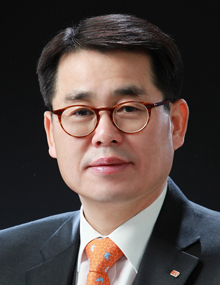 Korea’s Ladies PGA announced on Wednesday that Koo Ja-yong, chairman of LS Networks and E1, will be the 12th president of the organization.

The golfing association said that the 57-year-old Koo was selected in a unanimous decision at a recent board meeting.

Koo will be inaugurated tomorrow in a ceremony at the Intercontinental Hotel at COEX, southern Seoul, to be held after the KLPGA’s general meeting. His term will run through 2016.

“I will put forward my best effort to develop Korean women’s golf and elevate its status,” Koo said. “I will first stabilize the organization and communicate with our members.”

The KLPGA has been without a president since July, after a court suspended the former president, Ku Ok-hee, saying there was a problem with her appointment. Since then, lawyer Kim Dae-sik has been the caretaker of the organization.

Koo, who has been playing golf since 1982, is a renowned outdoorsman. His LS Networks is a manufacturer and retailer of sporting goods.