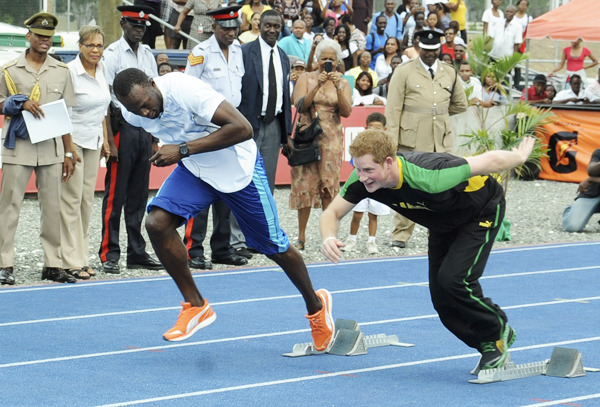 Britain’s Prince Harry, right, and Usain Bolt, Jamaica’s champion sprinter, come out of the starting blocks on the track at the University of the West Indies in Kingston, Jamaica on Tuesday. Minutes after teaching the prince the basics of starting, Bolt was surprised to see his royal competitor race 50 meters down the track, in what would be described internationally as a false start. [AP/YONHAP]