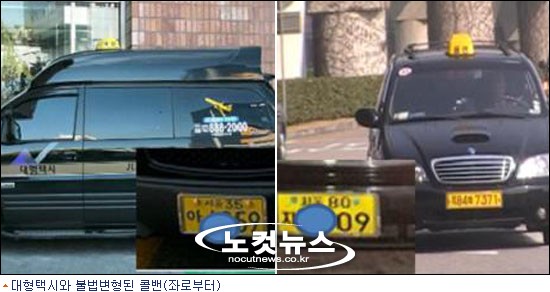 The Seoul Metropolitan Government will clamp down on illegal “call van taxis” that charge exorbitant fares to international travelers. Seoul said it will dispatch 48 officials at tourist attractions such as Myeongdong, Dongdaemun, Jongno and Euljiro in central Seoul.

Recently, the city government has been criticized for being inattentive to the taxis, which frequently overcharge international visitors despite short travel distances. The JoongAng Ilbo reported last month that a “call van taxi” charged Japanese tourists over 330,000 won ($294) though it traveled only about two kilometers (1.2 miles).

“Since there have been media reports on the taxis, the city government has been cracking down on those drivers and caught 22 taxies running illegally,” said Baek Ho, a spokesman of the city government during a press conference held at the city hall. “We are considering canceling violators’ business licenses and imposing heavier fines.” The city government currently fines violators 600,000 won.

The city government said the illegal taxis disguise themselves as legal taxis by installing electronic meters in their vehicles. The government asks tourists to send such violations to the e-mail, happyride@seoul.go.kr, with a picture of the vehicle’s plate if available.

The city government said that will secure up to 500 taxies that are only designated for international tourists by adding about 100 more taxies by the end of the year to prevent taxi violations. There are 397 taxies now, according to the city government.

“The illegal call van taxies prevent international tourists from visiting the city and also affect those call van drivers who run their business fairly,” Baek said. “We will no longer sit back and watch those taxies that ruin the image of Seoul.”