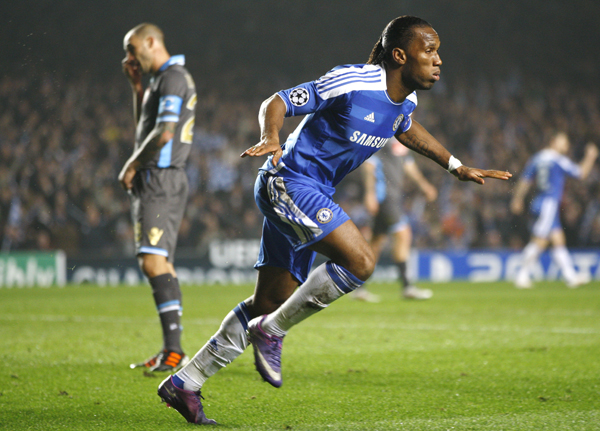 
LONDON - Real Madrid provided further proof Wednesday that its feebleness in the Champions League appears to be a thing of the past under Jose Mourinho.

After failing to reach the quarterfinals for six successive seasons before Mourinho’s arrival, the nine-time champions advanced for the second year in a row by sweeping aside CSKA Moscow.

Madrid responded to a 1-1 draw in Russia by winning the second leg 4-1, with Cristiano Ronaldo scoring twice, taking his tally to 42 goals this season.

“Without doing anything otherworldly we dominated, played in their half with a lot of maturity and the only uneasy moment came with the reaction of the crowd when they scored to make it 3-1,’’ said Mourinho, whose side reached the semifinals last year.

Mourinho’s former side Chelsea will be joining Madrid in Friday’s draw after also winning 4-1 to overturn a 3-1 first-leg loss against Napoli.

That defeat in Italy contributed to Andre Villas-Boas being fired, but the revival continued under interim coach Roberto Di Matteo with a third straight win.

In what has been a dismal season for the Premier League in Europe’s elite club competition, the goal helped ensure England avoided being without a team in the quarterfinals for the first time since 1996.

In the draw there will be teams from seven countries, with defending champion Barcelona, AC Milan, Bayern Munich, Marseille, Benfica and Cypriot newcomer APOEL also through.

“Some great teams are not there, like Manchester United, Arsenal or Inter Milan,’’ said Mourinho, who won the competition with FC Porto in 2004 and Inter Milan in 2010. “Instead of big teams there are some surprises.’’

There was no surprise at Santiago Bernabeu Stadium after Gonzalo Higuain found the net for Spanish leader Madrid after 26 minutes from Kaka’s through ball.

Ronaldo’s long-range shot was then fumbled into the net by goalkeeper Sergei Chepchugov in the 55th minute.

Although Karim Benzema poked home the rebound from his own shot in the 70th, Zoran Tosic canceled it out from distance seven minutes later.

But Benzema set up Ronaldo to round off the win by tapping the ball into an empty net in the closing seconds.

“The most important thing isn’t always to score but to play as a team and to be a collective,’’ Mourinho said.

Chelsea has spent the last week and a half regrouping since Villas-Boas was sacked. But the London team’s season appears to be back on track, even if it is only fifth in the Premier League.

“The lads put in a great display. Really solid, really resilient, with the firepower going forward,’’ captain John Terry said. “We proved we’re a team tonight. That desire, that togetherness. We showed what Chelsea are made of tonight.’’

Napoli’s first-leg lead had been wiped out by the 48th minute.

Fresh from scoring his 100th Premier League goal at the weekend, Didier Drogba headed home from Ramires’ cross in the 29th minute. Terry then nodded the ball into the net from Frank Lampard’s corner at the start of the second half.

And after Ivanovic’s header hit the raised hand of Andrea Dossena, Lampard leveled the tie on aggregate from the penalty spot.

Ivanovic scored the decisive goal in stoppage time, the defender lashing the ball into the roof of the net before helping his side protect the lead.

“He finished it unbelievably, like a striker really,’’ Lampard said. “He deserved that. He was fantastic tonight and was a symbol of the determination we showed, the way he played.

“It was important we showed a desire and spirit to keep ourselves in the competition. It’s been a difficult season, but a performance like that tonight can change things for us so it’s important we go on from here.’’

Chelsea also became the first team in eight years to advance in the Champions League after a first-leg loss by a margin of at least two goals. AP