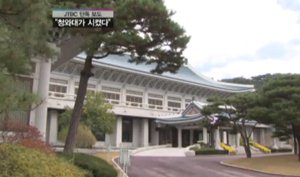 Prosecutors announced yesterday that they are reopening an investigation into the Lee Myung-bak administration’s illegal surveillance of a civilian and the Blue House’s alleged attempt to cover up the scandal.

According to the Seoul Central District Prosecutors’ Office, the prosecution will summon Jang Jin-su, a former ethics official of the Prime Minister’s Office, on Tuesday to determine the veracity of his claim that the Blue House had ordered him to destroy evidence related to the incident in 2008.

The public ethics office was accused in 2010 of conducting an illegal investigation in 2008 of a local businessman who uploaded a video clip lampooning President Lee Myung-bak. After an investigation, the prosecution indicted seven officials from the Prime Minister’s Office but failed to find evidence to link the Blue House to the scandal. Their appeals are awaiting rulings from the Supreme Court.

But Jang told the JoongAng Ilbo earlier this month that Choi Jong-seok, a staffer at the Office of the Senior Secretary to the President for Employment and Social Welfare, ordered him on July 7, 2010, to “destroy [computer hard disks] with a hammer or throw [them] into the Han River.”

The bombshell revelation has now led to the reopening of the case.

“If Jang’s allegation is true, we judged it could be enough to further the investigation, so we asked him to come in for questioning,” an official of the prosecution said. “We will do our best to figure out the exact circumstances surrounding the scandal.”

Another official of the prosecution added that after listening to Jang’s testimony, they will decide whether or not Choi will be summoned.

Numerous former members of the Prime Minister’s Office allegedly tied to the scandal could be summoned once again.

The opposition Democratic United Party had pressured the prosecution to reopen the case.

DUP lawmakers said Jang told them the public ethics office even gave money to three Blue House officials every month between 2009 and 2010, raising suspicions that the Blue House must have been involved in the scandal.

According to the DUP, Jang said he received 20 million won ($17,750) in return for keeping mum on the link between the Blue House and the illegal surveillance.

Although the issue is a sensitive one heading into the April legislative elections, prosecutors said they will push forward with the investigation regardless of its coinciding with Korea’s heated political season.