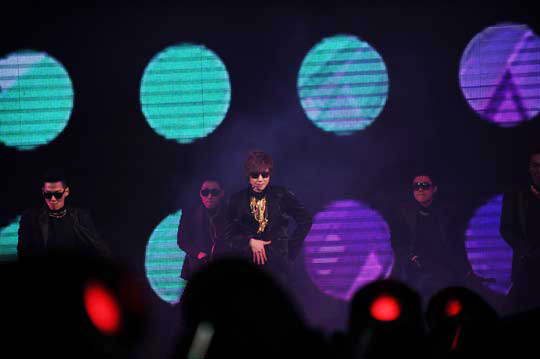 Hallyu star Kim Hyun-joong performed at China’s “2012 Tokyo Girls Collection” event, which took place in Shanghai on March 24. Kim took to the stage as a finale act and sang some of his hit songs, such as “Do You Like That” and “Lucky Guy.”

“It was a stage where you could feel the audience being moved by the Hallyu star. His powerful performance and charisma enthralled the fans,” said a representative from the event.

Actress Park Shin-hye was also present at the show, walking down the runway as a model.

The combined music and fashion event is a venture that endeavors to improve diplomatic relations between China, Korea and Japan. The first China-based event took place last year in Beijing. Similar events are also held annually in Japan.