Who should pay fees for credit card tax payments?

Who should pay fees for credit card tax payments? 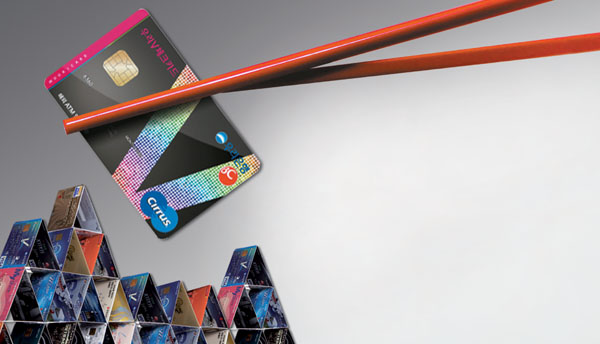 A bank employee told him a commission of 3,600 won would be added.

“When a customer buys something on a credit card from a private business owner like myself,” Bae said, “I pay the credit card commission. Why doesn’t the government? The government is the only institution that dumps the commission on the customer.”

When the government first said it would accept credit card tax payments, it said it wouldn’t discriminate against taxpayers choosing that option - but it does so by passing the commission onto the taxpayer.

Lowering the commission from 1.2 percent to 1 percent, as it plans to do starting next month, hasn’t mollified any taxpayers and has meanwhile angered the credit card companies.

Last year over 920,000 taxpayers paid nearly 1.3 trillion won in taxes on credit cards. The number of tax payers is up by a 243 percent increase compared to 2009, while the total amount is up 477 percent.

The numbers are bound to grow at a rapid rate.

The ceiling on the amount users could charge on their cards was raised to 10 million won this year, up from the previous 5 million won.

All in all, the government expects the commissions paid by taxpayers to double compared to last year.

The commission issue has slipped under the radar because the vast majority of income tax payers are company workers who have no need to use their cards. Office workers’ income taxes are paid by the company after being deducted from their paychecks.

The main people being affected are private business owners.

Meanwhile, the credit card companies are complaining about the commission being lowered. They thought the 1.2 percent commissions were already too low.

“Even with the 1.2 percent rate we’re barely making profits,” said a credit card company official, “but if the rate falls below 1 percent we expect losses.”

“If card companies start competing by holding various promotions such as noninterest installment payments, we will see deficits piling up,” he said.

Jung Kyu-eon, a business management professor at Korea University, said the government succeeded in its goal of finding a new way for people to pay their taxes. But imposing commissions on tax payers is excessive, he said.

The government says since tax collection is not a for-profit business, it cannot pay the commissions.

It also points out that taxpayers pay the card commissions in the U.S.