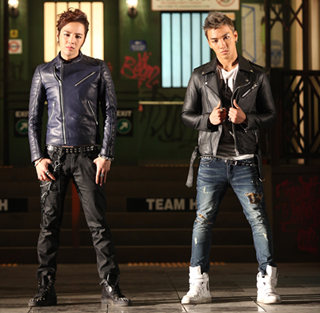 Hallyu actor and singer Jang Keun-suk has landed the third spot on the weekly Oricon chart, showing again just why his fans and the entertainer calls himself “The Prince of Asia.”
Jang’s new dance music “Lounge H: The First Impression” comprising 10 songs was released on March 21 in Japan and has sold more than 30,000 copies in the first week. Thus the album has secured Jang the third spot on Oricon’s weekly albums chart.

Ever the perfectionist, Jang was involved with the whole process of the album’s production from overseeing the jacket design, music video concept as well as deciding on the costumes.

The album was a collaborative effort with music producer and artist Big Brother who Jang had previously performed with on numerous occasions.
The two who call themselves a “unit-band” by the name of “Team-H,” took to the stage together last year when Jang toured around Japan from October to November.

Most recently, the two performed at a special stage for selected fans at a fan club exclusive concert in Tokyo from Feb. 20 to 21.
Big Brother and Jang met in 2004, and the two previously performed together at Lounge H, which is run by Hanyang University, where Jang is a student.
Meanwhile Jang is currently the star of the new KBS drama “Love Rain.”
By Carla Sunwoo [carlasunwoo@joongang.co.kr]