Patti Kim can’t hold back her tears during tribute show

Patti Kim can’t hold back her tears during tribute show 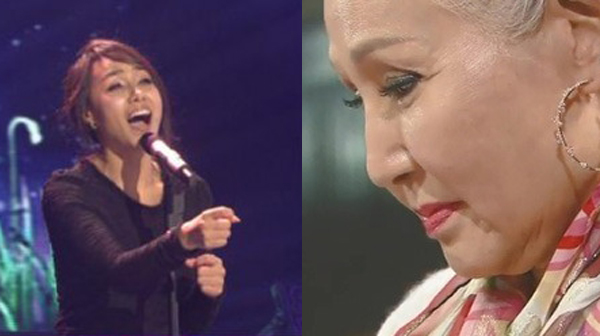 On a special edition of KBS 2’s singing contest show “Immortal Song 2,” which aired on Saturday, the 74-yearold couldn’t hold back her tears when singer Sonya performed her song “Oath of Love” with accompanying sign language.

“Her effort to learn sign language was beautiful,” said Kim, who is currently preparing for her farewell concert in June. “It just reminded me of the feeling I had when I auditioned in front of Americans when I was 20 years old. My tears just came out, reminding me that it has been 54 years since I first started singing.”

The 31-year-old Sonya said she prepared the song with sign language so that the hearing impaired could also understand the lyrics. “I just don’t know how to react after a great singer like Kim gives me such praise,” Sonya said.