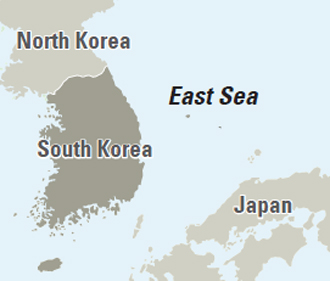 WASHINGTON, D.C. - The White House is expected to take a stance on the controversy over the name of the sea between Korea and Japan after tens of thousands of people signed an online petition.

The White House’s official Web site promises an official response to any petition on it that receives more than 25,000 signatures within 30 days.

As of Wednesday, more than 25,000 people signed a petition urging the U.S. government to stop using the name Japan Sea and use East Sea.

The petition started on March 22.

“We have more than 25,000 people who signed the petition after less than 15 days,” said Hong Il-song, head of a Korean-American association in Virginia that posted the petition, “but we will continuously encourage people to sign,” he said.

Vietnamese-Americans recently collected 150,000 signatures on a petition regarding a human rights issue and the White House responded, Hong said.

The Korean petition claimed the East Sea was the original name of the body of water but Japan changed it to the Sea of Japan in 1928. Korea was colonized by Japan between 1910 and 1945.

“We are still teaching our children a FALSE history that was manipulated by the invader who attacked Pearl Harbor,” the petition read. “Our children have a right to learn a TRUE history!”

The Sea of Japan has been used since the International Hydrographic Organization, the worldwide authority on oceanic names, determined it as the sea’s name in its first edition of “Limits of Oceans and Seas” in 1929.

Historical documents show that Koreans called the waters the East Sea for around 2,000 years. The Korean national anthem has the name East Sea is in its lyrics.

The U.S. government reaffirmed its position in supporting the use of the Sea of Japan last August. The IHO is to hold a general meeting in Monaco on April 23-27 to discuss controversial oceanic names, including the East Sea.