Korean footballer is right on target

Korean footballer is right on target 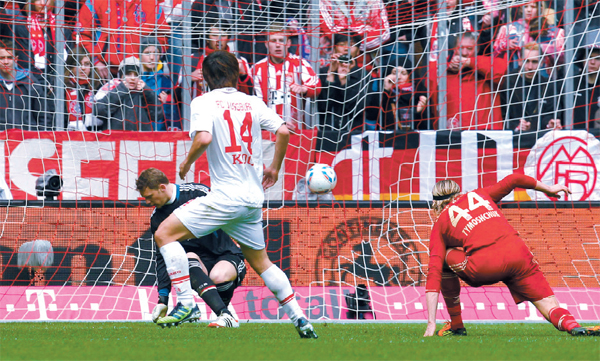 This was Koo’s fourth goal of the season. The midfielder, who is currently on loan from Wolfsburg, struck with his right foot after receiving a cross from teammate Axel Bellinghausen in the 23rd minute. The 23-year-old Korean’s attempt then passed between the legs of Bayern’s German goalkeeper Manuel Neuer.

Despite the effort, Augsburg lost to Bayern 2-1 after giving up two goals to Bayern’s forward Mario Gomez. Augsburg is now in 14th place in the standings with six wins, 12 draws and 10 losses. [AP/YONHAP]